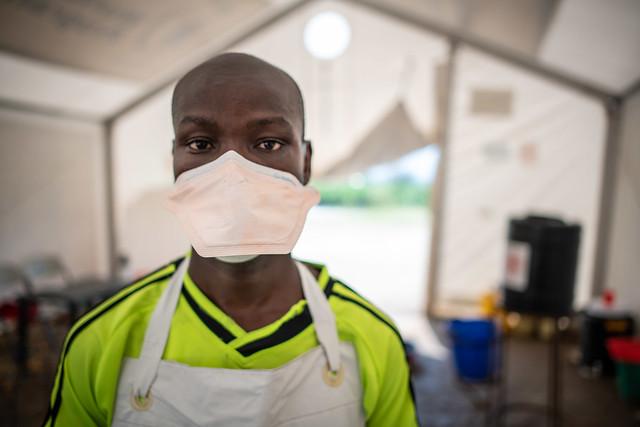 The Democratic Republic of the Congo (DRC) recorded at least 51 new cases of the Ebola virus since the beginning of the week, while two screening tents in Kasese, a Ugandan village that shares a border with the DRC, were burned after Ugandan workers detected a high fever in a Congolese boy trying to gain entry into Uganda.

Since the outbreak started nearly a year ago in North Kivu and Ituri provinces, DRC, neighboring countries have screened travelers through hundreds of points-of-entry (POE) screening sites.

On Jul 3, officials quoted in the Daily Monitor, a Ugandan newspaper, said the fires started after a teenage boy entering Uganda from the DRC tested positive for a high fever and was taken to a hospital in DRC.

In June, Uganda confirmed two cases of Ebola in a Congolese family that had traveled back and forth between the two countries to attend an Ebola victim’s funeral. Since then, Uganda has increased border surveillance.

In a new update on the outbreak, the World Health Organization (WHO) said no new cases of Ebola had been detected in Uganda among case contacts.

"As of 26 June, 108 exposed contacts were identified, and they are in the process of completing the 21-day follow-up period. Contacts are visited daily for 21 days until the last contact completes follow-up on 3 July. All contacts remain asymptomatic to date," the WHO said.

According to the WHO's online Ebola dashboard, the DRC will likely confirm 7 new cases today, raising the total to 2,389. Yesterday officials said there were 1,606 deaths and 420 suspected cases were still under investigation.

Mabalako, Mandima, and Beni remain the most active virus hotspots, with Mabalako recording 30% of new cases in the last 3 weeks, and Beni recording 27%, according to the WHO.

The DRC also said yesterday that a vaccinated health worker in Beni was diagnosed as having the virus, raising the total number of health workers infected in this outbreak to 128, including 40 deaths.

Vaccination with Merck’s rVSV-ZEBOV continues throughout the outbreak regions, and as of yesterday, 150,566 people had been vaccinated.