WHO: Too early to say if drop in Ebola rate is significant 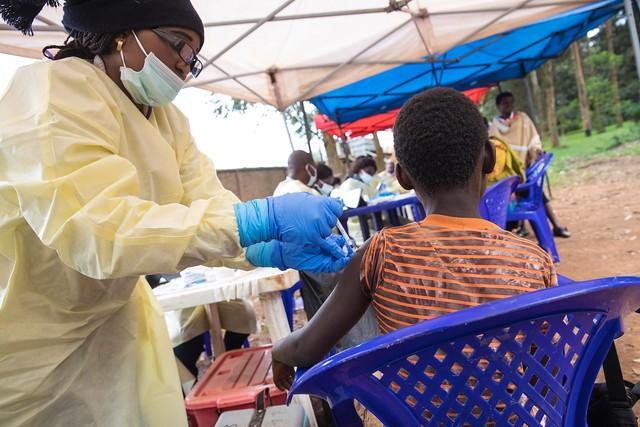 According to the latest weekly bulletin from the World Health Organization's (WHO's) African regional office, the Ebola outbreak in the Democratic Republic of the Congo (DRC) is experiencing a drop in the rate of new cases, but it's too early to say if that drop is a significant trend forecasting the end of the 13-month-long outbreak in the DRC's North Kivu, South Kivu, and Ituri provinces.

As of today, the WHO's Ebola dashboard is showing just 1 newly confirmed case, raising the outbreak total to 3,130, including 2,096 deaths. A total of 402 suspected cases are still under investigation.

Today the  DRC's multisector Ebola response committee (CMRE) offered new details on the four cases reported yesterday. Two were in Kalunguta, with one each was in Mambasa and Mandima.

In other news today, the US Food and Drug Administration (FDA) has granted priority review for Merck's investigational Ebola vaccine (V920, also known as VSV-EBOV) for preventing disease caused by the Ebola Zaire virus, Merck said in a news release.

"A top priority for us remains achieving registration of V920 and regulatory approval of our German manufacturing site, so that licensed supply can be produced over time to support global public health preparedness and health security objectives. We look forward to continuing to work with the FDA throughout the review process."

The vaccine is currently being used in a ring vaccination campaign throughout the outbreak region. As of Sep 13, a total of 220,529 people have been vaccinated in the past year with the vaccine, which was first tested in 2014, during the West African Ebola outbreak.

The vaccine has proved safe and efficacious on the frontlines of the current outbreak, with recent studies published this spring showing an estimated vaccine efficacy rate of 97.5%.

According to Merck, since May 2018, the company has given the WHO 245,000 1-milliliter investigational doses of the vaccine and has another 190,000 doses available for shipment.

Kalenga was arrested in Kinshasa, where he was said to have been planning an escape from the DRC. His lawyers have denied the allegations, calling them slanderous.