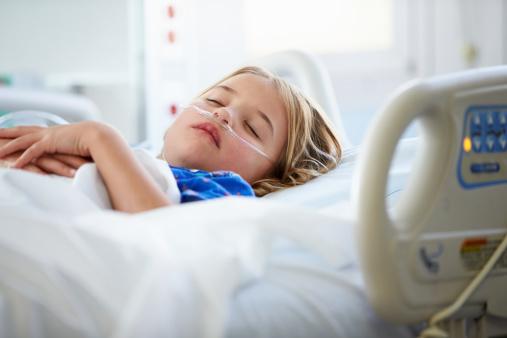 Children with asthma appear to be particularly vulnerable., iStock

An unusual enterovirus called EV-D68 has caused severe respiratory illnesses in at least 30 children in Kansas City and Chicago and may be to blame for similar illnesses in children in about 10 other states, the Centers for Disease Control and Prevention (CDC) reported today.

At a press conference, CDC officials said no children have died, but a few have required mechanical ventilation. They said the extent of the outbreak remains unclear and advised clinicians to be on the lookout for the illness.

Children who have asthma seem to be particularly vulnerable, as most of the patients in Kansas City and Chicago are in that group, officials said. No cases in adults have been reported.

"I can say that several dozen cases have been identified to be caused by enterovirus 68," said Anne Schuchat, MD, director of the CDC's of National Center for Immunization and Respiratory Diseases. "It's difficult to say just how big this is, how long it will go on for, and how widespread it will be."

She said about 12 states have contacted the CDC about clusters of similar cases, but at least one of the clusters has been found to be caused by some other pathogen.

EV-D68 is one of more than 100 species of enteroviruses, which collectively cause 10 million to 15 million infections annually in the United States, Schuchat said. They can cause respiratory illness, febrile rash, and neurologic illness, but most people have no symptoms or only mild ones.

"Infants, children, and teenagers are the most likely to become sick," Schuchat said. "Most infections occur in the summer and fall, so this is the right time of year for infection."

EVD-68 was first identified in California in 1962 but has been reported only rarely in the United States since then, she reported. The National Enterovirus Surveillance System received 79 EVD-68 reports from 2009 through 2013, according to an early-release Morbidity and Mortality Weekly Report (MMWR) article published by the CDC today.

The virus can cause mild or severe illness, but the full spectrum of clinical disease is unclear, said Schuchat.

She said the virus is thought to spread through respiratory secretions, such as coughing and sneezing, as well as touching contaminated surfaces. For prevention, she recommended standard hygienic measures like frequent hand washing, not touching eyes, nose, or mouth, and not sharing utensils.

"Also, make sure asthma is well-controlled, because that can help if you come into contact with one of these respiratory viruses," Schuchat said.

The CDC was notified in August of clusters of severe respiratory illnesses in children at Children's Mercy Hospital in Kansas City and the University of Chicago Medicine Comer Children's Hospital in Chicago, according to the MMWR report.

EVD-68 was identified in specimens from 19 of 22 patients in Kansas City and 11 of 14 in Chicago, the report says. Overall, patients' ages ranged from a few weeks to 16 years, and the median age was 4 or 5 years, depending on the cluster.

Overall, 21 of the 30 patients in the two groups had a history of asthma, according to MMWR. All but one patient were admitted to the pediatric intensive care unit; two needed mechanical ventilation, and four needed bilevel positive-airway pressure ventilation.

There is no vaccine and no specific treatment for the infection. Schuchat said treatment consists of supportive care, fluids, oxygen support to ease breathing, and medication for wheezing.

The MMWR report said the Kansas City patients had no signs of bacterial co-infections, but it didn't specify whether that was true of the Chicago patients.

Schuchat said she was unsure how long the illness lasts, but observed that a week would be typical for most enteroviruses that don't cause long-term sequelae.

No neurologic manifestations have been reported in any of the recent cases, she said.

In February California researchers reported that 2 of 5 children who had an unexplained polio-like illness tested positive for EV-D68. Schuchat said the CDC doesn't have specimens from the California patients, so it can't compare that strain with the strain in the current clusters.

Some state health departments are able to test for EV-D68, Schuchat said.

She said she couldn't predict whether the virus will spread to many more states. "We want to make sure clinicians are on the lookout for this and that health departments are ready to support clinicians," she said.