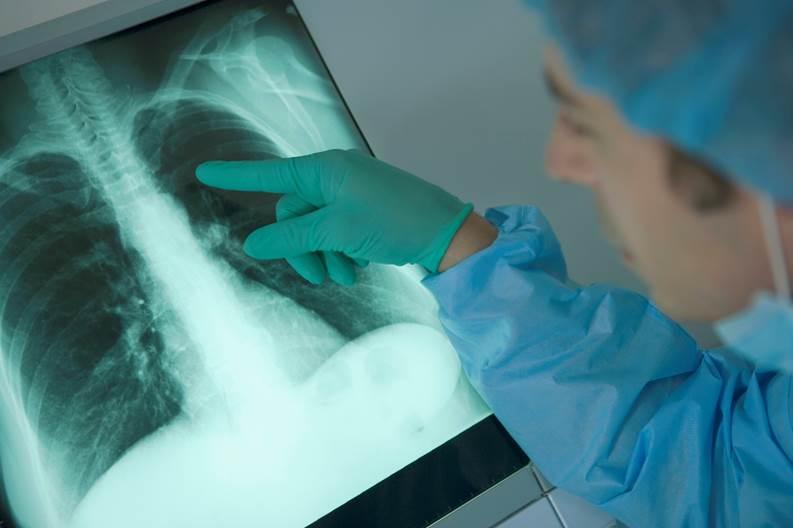 Researchers who studied lung tissue samples from 50 people who died of pandemic H1N1 (pH1N1) influenza infections in 2009 say they found clear evidence that the intense immune response known as a cytokine storm played a role in their demise.

The scientists found that the peak levels of virus in the victims' lungs correlated with "remarkably" high levels of certain cytokines in the same tissues, according to their report, which was released ahead of print this week in the American Journal of Pathology.

Cytokines and chemokines are messenger proteins that promote inflammation in response to infections. When respiratory infections like flu cause the immune system to produce cytokines in excessive quantities, they can cause too much fluid buildup in the lungs, making the illness worse. That happens in H5N1 avian flu cases and is believed to have contributed to the high death rate in the 1918 flu pandemic.

The researchers analyzed 50 autopsy specimens that were collected from confirmed pH1N1 patients and submitted to the CDC between May 2009 and February 2010. The patients' median age was 38. Fourteen of them (28%) had a bacterial co-infection, and 34 (68%) had underlying medical conditions, of which asthma was most common.

Their results also indicated that the viral load in the lungs peaked on the seventh day of illness and persisted for as long as 17 days, and that the increased cytokine and chemokine levels correlated with the peak viral load. In particular, the team found that high levels of viral components and three specific cytokines (IL-6, IL-8, and IP-10) were located in similar areas of the lung.

"Taken together, we conclude that the virus can replicate efficiently in lung, and viral pathogenesis is related to both viral replication and production of proinflammatory mediators," the article says.

In another finding, when the team looked separately at the cytokine levels in patients with and without bacterial co-infections, they found that increased levels of IL-6 and TNF-alpha seemed to be associated with the bacterial infections.

The scientists also found evidence of apoptosis (cell disintegration) in the lung samples, and they offer some suggestions about the mechanism behind it.

They conclude that their findings have implications for the development of flu treatment strategies, but they don't suggest what those might involve. Some experts have suggested that certain drugs that dampen inflammatory responses, such as statins, could be used as treatments for flu.

Study reveals more H1N1 deaths in those exposed to '57 pandemic

UK experts give nod to flu antivirals in hospital cases