Study: Dangerous bacteria can end up on nurses' scrubs 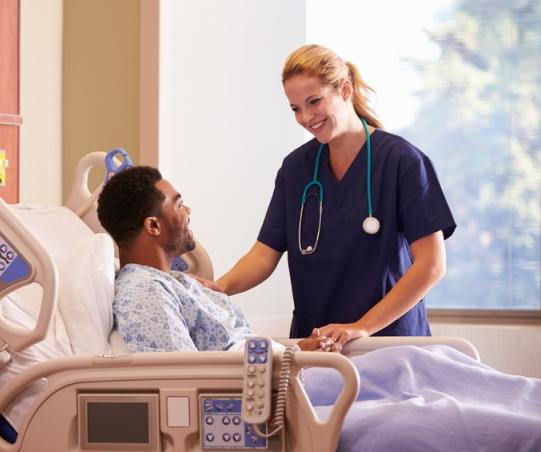 A new study shows that bacteria that can cause serious infections frequently spread from patients in intensive care units (ICUs) to nurses' scrubs and the environment, a finding that researchers say highlights the complexity of bacterial transmission and the importance of hospital infection control practices.

The study, presented today at IDWeek2016, was a randomized controlled trial conducted at Duke University Hospital that included 167 ICU patients who received care from 40 nurses during three separate 12-hour shifts, for a total of 120 shifts.

Before and after each shift, the investigators took cultures from the sleeves, pockets, and midriffs of the nurses' scrubs; the environment (bed rails, beds, and medical supply carts); and from the patients to determine if the nurses and room had acquired organisms during the shift, and where they had come from. The rooms were cleaned daily.

Lead study author Deverick Anderson, MD, MPH, an associate professor of medicine at Duke University Medical Center, told reporters that while much of the literature on bacterial transmission in hospitals has focused on the movement of bacterial pathogens between patients and healthcare workers, his group wanted to focus on the role the environment plays as a vector of transmission.

"We call this the 'transmission triangle,' where bugs can spread from patients to environment to healthcare workers," Anderson said.

The importance of infection control

Anderson said these findings show that bacterial movement is a complicated process, and that bacteria move more freely than previously thought. But the biggest takeaway is healthcare workers need to be cognizant of all the possible avenues of transmission.

"Healthcare workers really need to be aware that not only can they become contaminated from dealing with their patients, but simply going into the hospital room poses a risk as well," he said. "So we really have to emphasize the importance of our basic infection control practices, like hand hygiene."

Anderson said that, in addition to hand washing after all patient encounters, other infection control practices—such as using disposable gloves and gowns when treating patients with specific infections, and regular and meticulous cleaning of patients' rooms—should be considered.

Although the study did not explore the clinical implications of these bacteria transmissions, Deverick said the findings represent a clinically significant issue because they indicate a source for potentially bad bacteria. The next step is to figure out how long the bacteria sticks around on healthcare providers' clothing, and how frequently it's transmitted to subsequent patients.

According to the Centers for Disease Control and Prevention, which funded the study, healthcare-associated infections affect 1 in 25 hospitalized patients on any given day, and nearly half of those infections occur in the ICU.