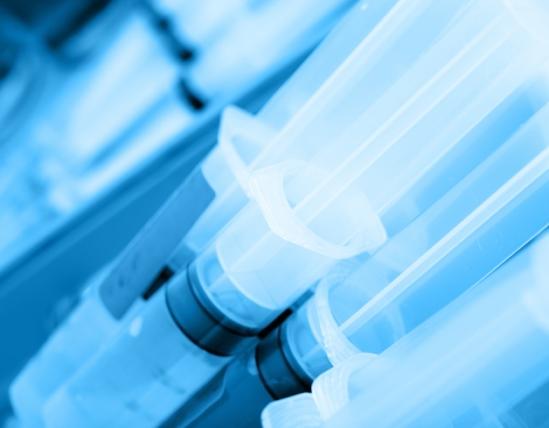 A meta-analysis published yesterday of 56 studies showed flu vaccine effectiveness (VE) for the H3N2 strain over multiple seasons to be only 33%, compared with 54% for B strains and 61% for 2009 H1N1.

It also found, surprisingly, that VE for 2009 H1N1 and influenza B did not differ much for older people, despite their typically weaker immune systems.

The study, in The Lancet Infectious Diseases, covered more than 11 flu seasons, from Jan 1, 2004, to Mar 31, 2015. The H3N2 strain has been associated with more severe influenza seasons independent of vaccine effect, according to senior author Edward Belongia, MD, of the Marshfield Clinic Research Foundation (MCRF) in Wisconsin. Among the explanations he and his coauthors offered for the lower strain-specific protection were manufacturing-related factors.

Belongia and colleagues from the MCRF and the University of Minnesota screened 3,368 studies and selected 56 that met strict criteria for assessing VE by flu subtype. They included only studies that used the test-negative design (TND), enrolled outpatients on the basis of predefined illness criteria, reported subtype-level VE by season, used polymerase chain reaction testing to confirm influenza, and adjusted for age.

The researchers excluded studies that solely included live attenuated influenza vaccine (LAIV), the nasal spray version. Belongia told CIDRAP News that some of the studies included in the meta-analysis included some LAIV use, but it was a very small component.

About three quarters of the studies included in the review were conducted in Europe or North America, and over 90% were published after 2010.

Meta-analyses are performed to pool data and determine results with greater confidence than any one study.

In addition to estimating VE for H3N2 and 2009 H1N1—the pandemic strain that has now become a seasonal strain—the investigators also determined VE for the H1N1 strain that was the seasonal strain before the 2009-10 pandemic. Those are all influenza A strains. The researchers did not differentiate between the two common lineages of type B viruses, Yamagata and Victoria.

Flu vaccines contain an H3N2 and H1N1 strain, plus either one or two B strains, depending on whether they are trivalent or quadrivalent.

TND was first used in 2005 and has since been widely adopted because of the robustness of data it produces. "The test-negative design in general is a major improvement over prior study designs," Belongia said in an interview.

In an accompanying Lancet Infectious Diseases commentary, James E. Fielding, PhD, of the Peter Doherty Institute for Institute for Infection and Immunity in Melbourne, Australia, wrote, "The design is thus now established as a reliable and more practical means of measurement of VE in the field than are more expensive and time-consuming clinical trials."

"It's reassuring to see that flu vaccines around the world consistently provide moderately high protection against two major flu subtypes," Belongia said in an MCRF news release. "This year we are seeing mostly H1N1 and B infections, and mid-season estimates from the U.S. and Canada show substantial vaccine protection as expected based on our systematic review."

They also found that VE for the monovalent (one-strain) 2009 H1N1 vaccine used during the pandemic was 73% (95% CI, 61%-81%), and even higher—79%—for the adjuvanted versions of that vaccine, which use an immune-boosting ingredient but are not approved for use in the United States.

Belongia called the sustained efficacy in older people "surprising," given that immune response to flu vaccine in this group is typically lower. He told CIDRAP News that the number of patients in the reviewed studies who received high-dose vaccine—approved in recent years for seniors—was minimal.

In his commentary, Fielding said the findings of the meta-analysis underscore "the importance of a more nuanced approach to public health messaging about effectiveness of seasonal influenza vaccine than that with just one overall estimate."

"The reasons for lower vaccine protection against H3N2 are unclear, but we suspect continuous virus evolution in nature and egg-based vaccine production may be contributing," Belongia said in the release. When H3N2 vaccine strains are adapted to grow in eggs, mutations can occur that affect the ability of the immune system to target the virus.

Substantial antigenic drift, or viral evolution, occurred in the 2014-15 season, in which H3N2 was the dominant strain and flu VE was very low. In addition to lower VE in general, the authors note, "Antigenic drift might also contribute to the high heterogeneity that we observed for VE against H3N2," referring to a wide range of results across the studies.

As for the role of manufacturing, Belongia explained that reference strains are provided to vaccine makers, but these strains are then “passaged” multiple times to make them grow well in eggs. "The process can lead to additional changes in the virus that can lead to antigenic mismatch. It's a natural consequence of growing virus in eggs."

Belongia said another factor is that, when federal officials talk about a mismatch between circulating viruses and the vaccine strain, they are typically referring to the reference strain, not the high-growth strain that ultimately ends up in the vaccine. He said the Centers for Disease Control and Prevention is working to address that issue, which also involves the Food and Drug Administration regulatory process.

The authors conclude in the study, "Alternatives to egg-based manufacturing should be pursued since egg-induced mutations in H3N2 vaccine strains contribute to antigenic mismatch."

Although all studies included in the review employed TND, they did vary somewhat in methodology and assessment. But Belongia said the differences are likely to affect the data only minimally.

The authors note there is room for improved consistency in conducting TND studies, however, and offer nine specific steps for doing so. They also refer to a World Health Organization field guide for evaluating flu VE.

Belongia said that about 20% of studies in the meta-analysis failed to mention the maximum interval from symptoms to swab collection, which is important in determining the quality of the virus sample collected from patients. He also said about a third of the studies didn't specify how vaccination status was determined.

As far as future research steps, Belongia said, "The impact of product-specific analysis [eg, on LAIV, high-dose vaccines] will be very important going forward." He also said the issue of the effect of consecutive-year vaccinations (covered this week in a CIDRAP News story) might also play a role in flu VE.

"How this is all intertwined is what we're trying to figure out."

The authors list no funding source for the study. The MCRF has conducted annual studies of flu VE for the past 12 years. Among the University of Minnesota researchers involved in the study is Michael Osterholm, PhD, MPH, director of the Center for Infectious Disease Research and Policy, which publishes CIDRAP News.