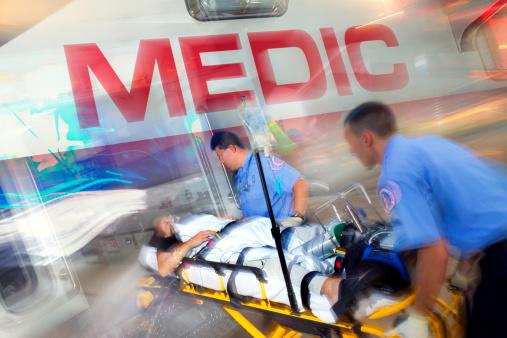 The United Arab Emirates (UAE) today announced a cluster of Middle East respiratory syndrome coronavirus (MERS-CoV) cases in six Filipino paramedics, killing one of them, while the World Health Organization (WHO) announced an infection in a Jordanian man who had recently traveled to Saudi Arabia.

Also, late today Saudi Arabia's health ministry reported three more MERS-CoV cases from Jeddah, one of them fatal. The two survivors are both healthcare workers, according to a machine-translated statement that originally appeared in Arabic.

The paramedics worked for the same ambulance section in the city of Al Ain, according to a statement today from the UAE's interior ministry. It said the infections were detected during periodic medical exams.

The ministry said the surviving paramedics have been placed in isolation and that health officials are tracing patients transported to hospitals by the ambulance company to see if there are any other MERS-CoV infections.

News of more health workers sickened by the virus stokes more concerns about their safety and questions about how the virus is spreading in medical settings. The infections in the paramedics occurred as Saudi Arabia battles a cluster of MERS-CoV infections in Jeddah, which led one of the hospitals to temporarily shutter its emergency department this week.

Jordan's health ministry notified the WHO of its latest case on Apr 9, which involves a 52-year-old man with underlying medical conditions who visited Saudi Arabia between Mar 20 and Mar 29, according to a WHO statement today.

The new cases add to a rash of Saudi Arabian MERS-CoV infections reported over the past week, and, like the ones announced today, some of the patients have been health workers in Jeddah. The cluster of infections in Jeddah prompted King Fahd Hospital to close its emergency department for 24 hours so that it could be disinfected, according to earlier reports.

Earlier translated health ministry statements said 11 cases had recently been confirmed in Jeddah, while media reports said as many as 15 illnesses could be linked to King Fahd Hospital, including infections in three doctors and four nurses.

The WHO said since September 2012 it has received reports of 212 lab-confirmed MERS-CoV infections, 88 of them fatal. It repeated its advice to health facilities, urging them to take appropriate measures to the spread of the virus. Because it's not always possible to identify MERS-CoV patients early, health workers should apply standard precautions at all times with all patients, the WHO added.

In other developments, Saudi Arabia's agriculture minister is disputing the possible role of camels in the spread of MERS-CoV, according to Arabic media reports translated and posted by Avian Flu Diary, an infectious disease and preparedness news blog.

In a Mar 27 summary of cases and scientific reports, the WHO said camels appear to be the main source of the virus, but it's not clear how the virus is jumping from animals to people.

In addition, two genetic sequencing studies of viruses from camels found high similarity to MERS-CoV viruses that have infected people. Another study in camels and other livestock in Saudi Arabia found evidence of the virus in camels, but not goats and sheep.

A spokesman from the agriculture ministry Jaber Al-Shehri was quoted in two media sources as saying the transmission of the virus from camels to people has not been documented and that the treatment and eradication of MERS-CoV is the responsibility of the country's health ministry.

Apr 11 WHO statement on Jordan case