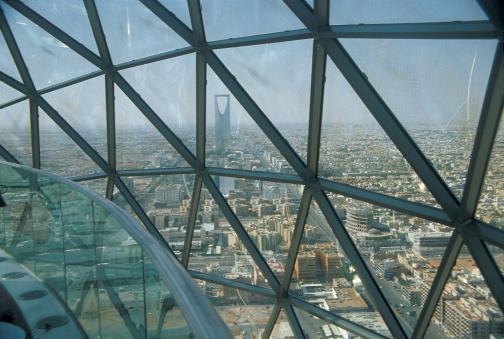 Thirteen of the new cases have been in Riyadh, a current MERS hot spot., Callan Emery / iStockphoto

Saudi Arabia has reported 36 MERS-CoV (Middle East respiratory syndrome coronavirus) cases over the past 3 days, pushing its total well over 400, while the United Arab Emirates (UAE) announced another 4 cases today.

The latest Saudi cases included 3 deaths, according to statements from the Ministry of Health (MOH) today and over the weekend. In addition, there were 6 deaths in previously reported cases in the country.

The latest cases, which continue a surge that began in March, lifted Saudi Arabia's MERS count to 414 cases, including 115 deaths.

The ministry said 15 of the patients had contact with other MERS patients, but it did not mention that any of them were exposed to camels, nor did it describe any of them as healthcare workers.

In the UAE, meanwhile, the Health Authority Abu Dhabi (HAAD) reported four new cases. It said most of the patients have either mild symptoms or none, but it gave no other details. The country's total case count has been unclear, and the new statement did not clarify it.

However, Michael Coston, who writes the blog Avian Flu Diary, counted 36 UAE cases that have been recognized by the World Health Organization (WHO) since Mar 12.

The HAAD also said six other case-patients who were in isolation in a hospital have cleared the virus.

WHO report on Jordan case

Also today, the WHO reported a case in a 28-year-old Saudi Arabian man who tested positive for MERS-CoV in Jordan. It was not immediately clear if his case was reported previously by the media or the Jordanian government.

The WHO said Jordanian officials informed it of the case on Apr 24, the day the man tested positive. He has no symptoms and was identified through contact tracing; he is a relative of a patient whose case was reported on Apr 23, the agency said.

"The national authorities of Saudi Arabia have traced contacts for this case and the case reported on 22 April. No secondary cases were identified," the WHO said.

May 5 Saudi MOH statement on 3 cases

May 4 Saudi MOH statement on 15 cases

May 3 Saudi MOH statement on 18 cases

May 5 WHO update on Jordanian case