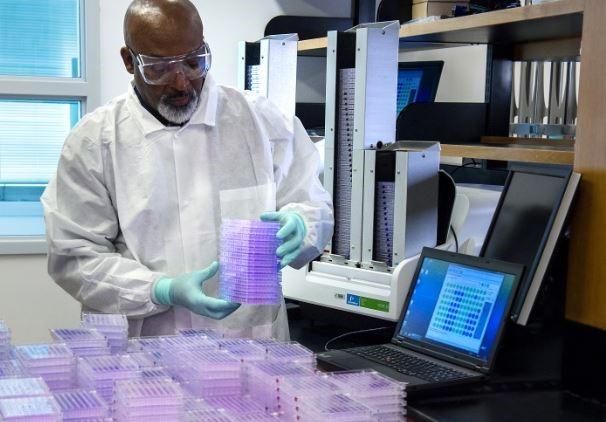 Health officials in New York today announced a vaccine-derived poliovirus type 2 case, which involves a person in Rockland County, prompting a vaccination push for the unimmunized and those who aren't fully protected and a plea for healthcare providers to look for more cases.

The detection marks the first appearance of polio in the United States since 2013, and though the case doesn't involved wild poliovirus type 1, the development is still worrying, given expanding spread of vaccine-related virus in populations with immunization gaps.

The case follows a recent alert in the United Kingdom, which detected the same type of virus in London wastewater, raising the strong possibility that it is spreading in people there.

In a statement, the New York State Department of Health said sequencing at the state's public health lab, confirmed by the Centers for Disease Control and Prevention (CDC), showed that the virus is a revertant polio Sabin type 2 virus.

It likely came from a transmission chain involving someone who got the oral polio vaccine (OPV), which hasn't been used in the United States since 2000. The country switched that year to the inactivated polio vaccine (IPV), which is given as an injection. Rockland County is part of the New York City metro area.

The OPV link suggests that the virus may have originated outside of the United States in a country where OPV is still used. Revertant strains can't come from inactivated vaccines.

State Health Commissioner Mary Bassett, MD, MPH, said that, based on what is known so far, officials strongly recommend unvaccinated people get vaccinated or boosted with an approved IPV vaccine as soon as possible. "The polio vaccine is safe and effective, protecting against this potentially debilitating disease, and it has been part of the backbone of required, routine childhood immunizations recommended by health officials and public health agencies nationwide," she said.

The polio virus is highly contagious and can produce a range of outcomes, from no or mild symptoms to severe neurologic complications including paralysis and death. The virus typical spreads through the orofecal route. Respiratory and oral-to-oral transmission can also occur.

In 2014, the World Health Organization (WHO) declared a public health emergency of international concern because of the spread of polio, including the vaccine-derived type.

In June, the WHO's emergency committee met for the 32nd time and said the situation still warrants a public health emergency, due to the persistent threat of international spread, Pakistan's recent rise in WPV1 cases, Afghanistan's unpredictable situation, and vaccination gaps. Last week, global health officials sounded the alarm about a slide in childhood immunization that has persisted beyond the worst of the COVID-19 pandemic when lockdowns were still in effect.

The Global Polio Eradication Initiative (GPEI) said today in a statement that it is aware of the New York case. "It is vital that all countries, in particular those with a high volume of travel and contact with polio-affected countries and areas, strengthen surveillance in order to rapidly detect any new virus importation and to facilitate a rapid response," it said, adding that countries should maintain high vaccination levels to protect kids from new polio introductions.