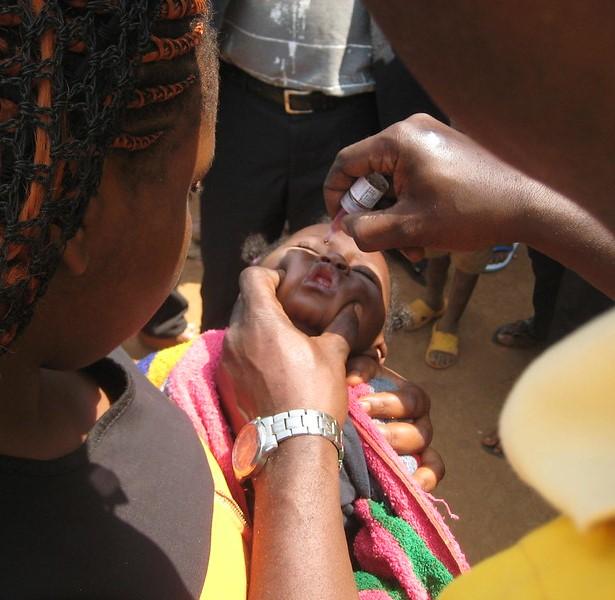 Nigeria and the Democratic Republic of the Congo (DRC) reported new polio cases this week, both involving circulating vaccine-derived poliovirus type 2 (cVDPV2), according to the latest update from the Global Polio Eradication Initiative (GPEI).

Meanwhile, in Malawi, which recently reported its first case of wild poliovirus type 1 (WPV1) in 30 years, health officials are gearing up for the first round of a mass vaccination campaign for children.

No WPV1 cases were reported for the week ending Mar 16.

GPEI also noted that, on Feb 28, the World Health Organization's (WHO's) Emergency Committee on polio reviewed data on WPV1 and cVDPV from Afghanistan, DRC, Djibouti, Malawi, Mozambique, Nigeria, Pakistan, Somalia, and Yemen and concluded that the risk of international spread of polio remains a Public Health Emergency of International Concern.

The committee's decision was based on concerns about the recent detection of a WPV1case in Malawi, the risk of WPV1 spread in Afghanistan because of the unstable security situation in that country and its many unvaccinated children, high-risk mobile populations in Pakistan, and the explosive outbreak of cVDPV2 in Nigeria.

The committee said temporary recommendations to reduce the risk of international spread of poliovirus should be extended for 3 more months.

In the wake the declaration of a WPV1 outbreak in Malawi on Feb 17, the WHO announced today that Malawi will launch the first round of a four-round vaccination campaign against WPV1 on Mar 20.

The first round of the campaign will target 9.4 million children under the age of 5 in Malawi, Mozambique, Tanzania, and Zambia, and three subsequent rounds are scheduled for April, June, and July and will also include children in Zimbabwe. The goal is to administer 80 million doses of the bivalent oral polio vaccine recommended by the WHO to 23 million children.

"In support of Malawi and it neighbours, we are acting fast to halt this outbreak and extinguish the threat through effective vaccinations," Matshidiso Moeti, MBBS, WHO Regional Director for Africa, said in a news release. "The African region has already defeated wild poliovirus due to a monumental effort by countries. We have the know-how and are tirelessly working to ensure that every child lives and thrives in a continent free of polio."

The WPV1 case in Malawi was the first reported in Africa since the region was certified free of indigenous wild poliovirus in 2020. It involves a 3-year-old girl from Lilongwe, the country's capital. The WHO says laboratory analysis has linked the strain detected in Malawi to one circulating in Pakistan's Sindh province in 2019, and that Africa's certification as wild poliovirus-free remains unchanged.

Malawi has also set up environmental surveillance for polioviruses across 11 sites in four cities, including Lilongwe.