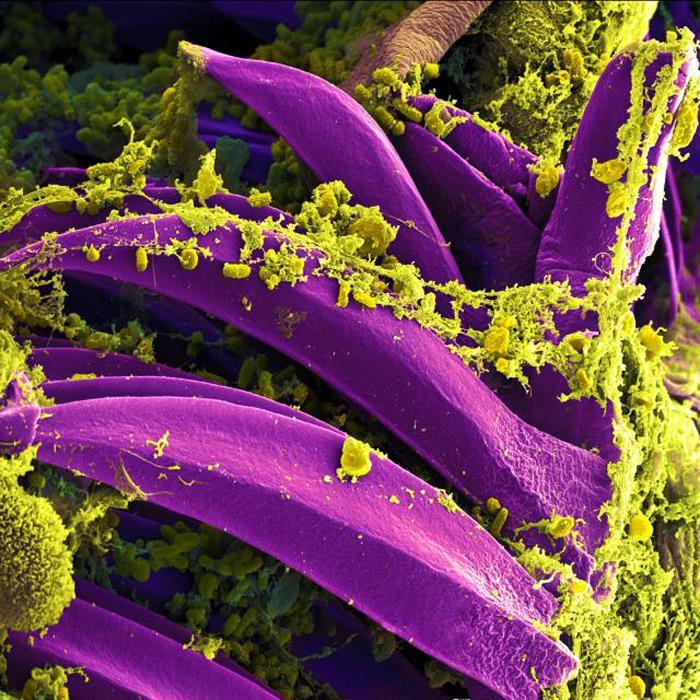 Over the past 5 days, 230 new suspected plague cases were reported in Madagascar, with the disease spreading to seven more of the country's districts, the World Health Organization (WHO) said today in an update.

In a related development, the European Centre for Disease Prevention and Control (ECDC) issued its first risk assessment on the outbreak, which said the outbreak's high number of pneumonic cases are concerning, especially since that form of the disease is known to spread in densely populated urban areas, such as its capital Antananarivo and port city of Toamasina, which are some of the main affected areas.

Plague is caused by Yersinia pestis, a bacterium spread by infected rats via flea bites. Human-to-human transmission fuels the spread of pneumonic plague.

Of the 230 new suspected cases reported since the WHO's Oct 4 update, 17 have proved fatal, the WHO said. The new cases lift the outbreak's number of suspected, probable, and confirmed cases to 387 and the number of deaths to 45.

At least eight healthcare workers from one district hospital have contracted the disease since Sep 30.

The WHO said endemic plague activity in Madagascar usually rises between September and April, but it typically involves the bubonic form. The agency added that the earlier start to the outbreak—the first illnesses were reported in early August—and the involvement of major urban centers are both unusual.

Though the outbreak was sparked by one large cluster of pneumonic plague, since then, illnesses without apparent links have been detected in 14 of Madagascar's regions. "Due to the increased risk of further spread and severe nature of the disease, the overall risk at the national level is considered very high," the WHO said, adding that because of frequent travel by air and sea, the regional risk to neighboring Indian Ocean islands and African countries is moderate.

Overall global risk is low, but the WHO said it would reassess the situation at three organization levels as the situation unfolds. The organization has classified the event as a grade 2 emergency, meaning a single or multiple country event that poses a moderate public health threat.

The WHO is scaling up contact tracing training for more than 900 community health workers, Doctors of the World (Medicines du Monde) is setting up five isolation and treatment centers in Antananarivo, and Doctors without Borders has deployed 70 health workers to support the response in Tananative.

The WHO and its partners have started deploying emergency response teams, and as of yesterday, 30 experts were expected to arrive, with 12 more in the process of deploying.

The WHO is also supporting preparedness activities in seven high-risk countries that took part in a recent basketball tournament and have trade and travel connections to Madagascar: South Africa, Mozambique, Tanzania, Mauritius, Comoros, Seychelles, and Reunion. The WHO and Madagascar's health ministry are screening departing passengers at the country's international airport. On Sep 27, a basketball player from the Seychelles who was in Madagascar participating in championship games died from pneumonic plague, triggering an investigation into his close contacts.

The WHO said it has delivered nearly 1.2 million doses of antibiotics to Madagascar's health ministry and its partners, enough to treat 5,000 patients and protect 100,000 people exposed to the disease. The WHO has also released $1.5 million from its emergency fund, but said $5.5 million more is needed to support outbreak response over the next 3 months.

In its overview and risk assessment of the outbreak today, the ECDC echoed the WHO's concerns about the unusually high number of pneumonic cases and said the risk of further transmission in Madagascar is considered high until control measures gain traction.

"The outbreak currently involves several uncontrolled chains of transmission of pneumonic plague and the situation remains unclear at this stage," the ECDC said. "The infection and death of a foreign visitor to the country without a known source of transmission is of concern."

It estimated the regional threat to the region around Madagascar to be moderate, with the threat of imported cases in Europe and to its travelers as very low. "However, Member States should consider reviewing their preparedness plans for imported cases."

Resistance of Y pestis to antibiotics seems limited, and experts monitor circulating strains to gauge antimicrobial susceptibility, the ECDC said. Increasing resistance of fleas, which transmit the bacteria from rodents to people, is a concern. And Madagascar's national plague control program, in place for several decades, has been hampered by operational and managerial difficulties, the agency added.

The US Centers for Disease Control and Prevention (CDC) on Oct 6 issued a level 2 travel notice based on the developments in Madagascar, urging people traveling to the country to practice enhanced precautions.

"Although bubonic plague occurs nearly every year in Madagascar, an unusual outbreak of plague pneumonia is occurring in geographically widespread areas, including in heavily populated cities of Antananarivo (the capital city and its suburbs) and Toamasina."

The CDC added that local officials are working to control fleas and are cancelling mass gatherings, given that the pneumonic form of the disease can spread from person to person in close contact.