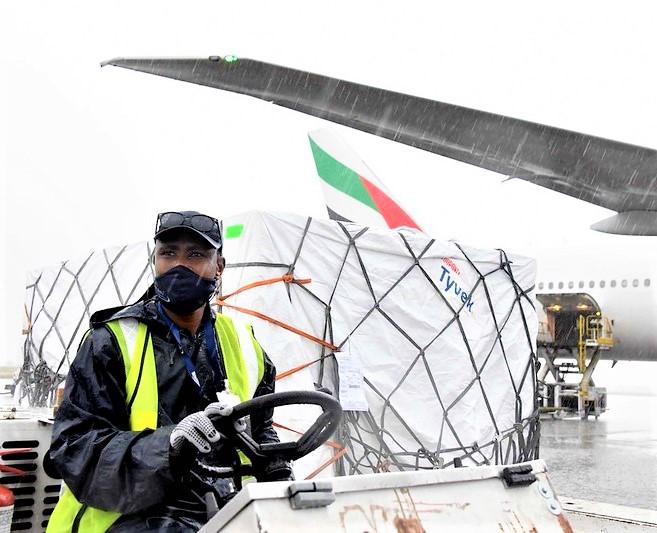 In the latest international COVID-19 developments, South Africa health officials announced they will share the country's AstraZeneca-Oxford vaccine with other African nations, and in Europe, Johnson & Johnson submitted its request for an emergency use authorization for its single-dose COVID-19 vaccine.

South Africa recently announced a pause on the rollout of AstraZeneca-Oxford vaccine, following early study findings that it appears have little impact on mild-to-moderate disease from the B1351 variant that is dominant in the country.

Anban Pillay, with South Africa's health department, told Reuters that the country plans to share—with the help of the African Union—1 million doses of AstraZeneca-Oxford vaccine that was produced at the Serum Institute of India.

The WHO yesterday announced that it has officially listed the AstraZeneca-Oxford vaccine made in South Korea and India for emergency use, clearing the way for lower and middle income countries to receive supply through COVAX.

In a statement today, Gavi, the Vaccine Alliance, and other groups involved in COVAX welcomed the news and said they can now finalize their allocations for countries, which will be announced on Feb 22. Participating countries need to take their final steps, which include giving regulatory approval, signing indemnity agreements, and submitting their vaccine deployment plans. Those that have already completed those steps are likely to begin receiving doses later this month, with the bulk of deliveries to come in March.

COVAX partners have said they expect to distribute 350 million doses in the first half of the year.

In other vaccine developments today, the European Medicines Agency (EMA) today announced that it has received an application for emergency use authorization from Janssen-Cilag International for the Johnson & Johnson COVID-19 vaccine. The product is the fourth COVID-19 vaccine to be considered by the EMA, following the authorizations of the ones from Pfizer-BioNTech, Moderna, and AstraZeneca-Oxford.

The EMA said it will assess the vaccine on an accelerated timetable and that it has already reviewed some data during the rolling review process. It added that it is now assessing more data on efficacy, safety, and quality.

Also, Novavax today announced that it has expanded an agreement with SK Biosciences in South Korea to make and market 40 million doses of the vaccine for the South Korean market.