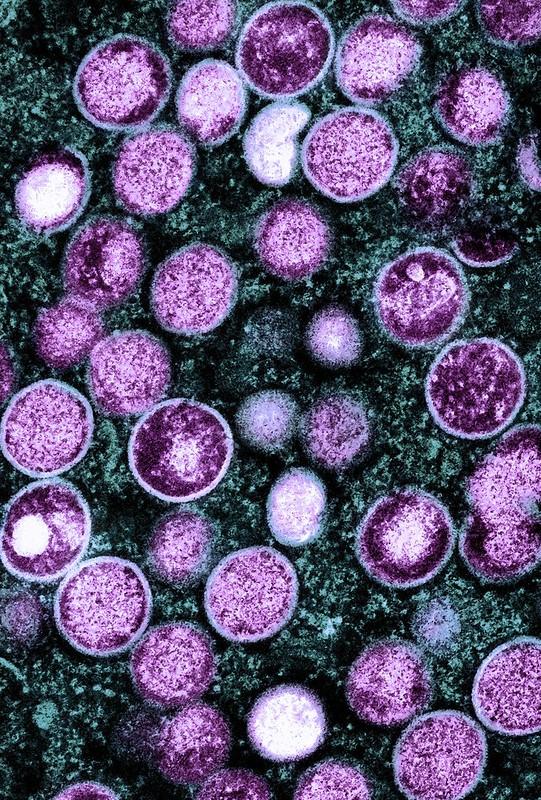 A monkeypox patient in Texas likely represents the first US fatality tied to the ongoing global outbreak of the virus. The case-patient was from Harris County, home of Houston, and was described by state health officials as being severely immunocompromised.

"Monkeypox is a serious disease, particularly for those with weakened immune systems," said Department of State Health Services (DSHS) Commissioner John Hellerstedt, MD, in a press release. "We continue to urge people to seek treatment if they have been exposed to monkeypox or have symptoms consistent with the disease."

DSHS officials said they are investigating what role monkeypox played in the patient's death. An autopsy will be performed, according to Harris County.

Today during a White House press briefing, Jennifer McQuiston, DVM, MS, of the Centers for Disease Control and Prevention (CDC) said deaths remain very rare from monkeypox. She said the CDC would aid Texas officials in determining what role—if any—monkeypox played in the patient's death.

In other Texas news, two schools in the greater Houston area said a student or staff member in each school has been diagnosed as having monkeypox. Both schools said they were following CDC protocols in alerting families and for isolation.

Also at today's White House press briefing was Louisiana Governor John Bel Edwards, who shared how New Orleans would be promoting vaccination with pop-up clinics at this weekend's Southern Decadence festival, a large LGBTQ event in the French Quarter.

Louisiana received about 6,000 more doses of the Jynneos vaccine ahead of the festival. Most of Louisiana's 174 monkeypox cases have been reported in New Orleans (127), and 60% of cases are in Black residents.

Bel Edwards said vaccine equity is of the utmost importance in his state.

WHO: Monkeypox can be eliminated in Europe

Despite recording more than 22,000 confirmed cases across 43 countries and areas, the World Health Organization (WHO) today said the European region can still eliminate the virus with the use of behavior changes and vaccines.

"There are encouraging early signs, as evidenced in France, Germany, Portugal, Spain, the United Kingdom and other countries, that the outbreak may be slowing. To move towards elimination in our region, we need to urgently step up our efforts," said Hans Henri Kluge, MD, MPH.

Kluge said the WHO has released two policy briefs on control and vaccination.

In other global news, Brazil has reported its second monkeypox death, involving a 33-year-old man from Rio de Janeiro who had underlying health conditions.