US to begin intradermal injections of Jynneos, stretching the supply 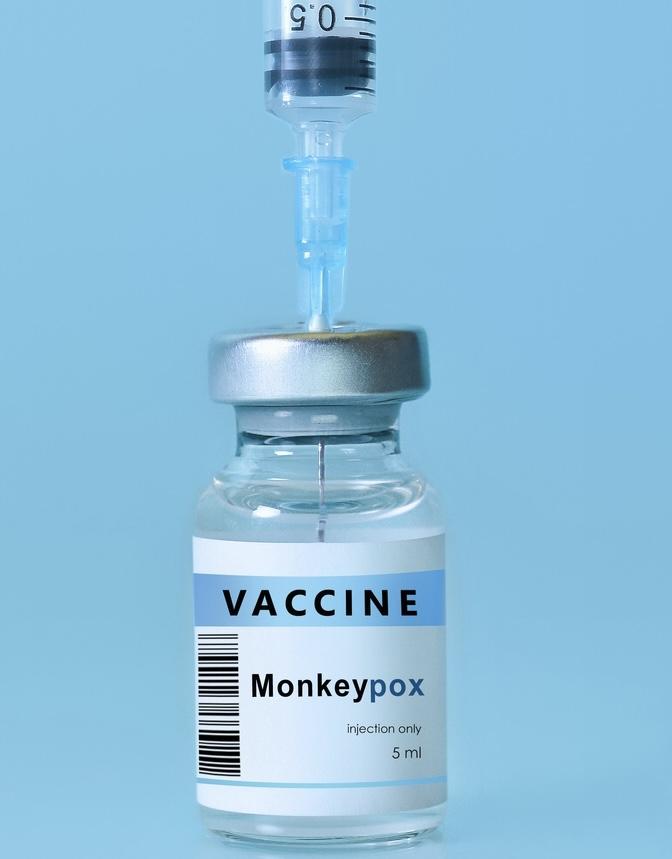 This afternoon, the Biden Administration and the Department of Health and Human Services (HHS) announced that they will begin allowing intradermal injections of Bavarian Nordic's Jynneos monkeypox vaccine, which will allow clinicians to use one-fifth the amount of vaccine per patient and stretch the limited supply in the United States.

Intradermal injections go just under the skin, as opposed to subcutaneous injections, which go under a layer of fat. HHS issued a new emergency declaration allowing regulators to invoke the US Food and Drug Administration's (FDA's) emergency use powers under the public health emergency today.

"This is a game changer in our response and our ability to get ahead of the virus, we encourage jurisdictions to use the dosing as soon as possible," said Bob Fenton, head of the national monkeypox response team. Fenton explained that the Centers for Disease Control and Prevention (CDC) will begin sending educational materials to clinicians today explaining how to administer intradermal vaccines. The administration is similar to that of a tuberculosis test.

The United States has made only 1.1 million doses of Jynneos available, of which about 600,000 have been distributed. Under the new intradermal rule, the remaining 441,000 doses turn into just under 2 million doses.

Currently, the CDC recommends vaccinating close contacts and those at risk for contracting the virus, including those who have had multiple sexual partners in the last 14 days in an area with high monkeypox transmission.

FDA Commissioner Robert Califf, MD, first mentioned intradermal dosing last week during a press conference. Evidence that the technique is effective is limited to one study conducted in 2015, in which two intradermal doses produced similar results to subcutaneous injections.

"There has been a lot of midnight oil burned over the last few days in looking at this," said Califf. Peter Marks, MD, PhD, who directs the FDA's Center for Biologics Evaluation and Research, said the Jynneos vaccine was first tested intradermally in Germany in an effort to replicate initial smallpox vaccines.

Califf also said the FDA actions taken today will allow the subcutaneous use of Jynneos in children younger than 18 years, likely a response to the case announced late last week in an Illinois daycare worker. Califf also said those who have gotten a first dose subcutaneously can get the second dose intradermally.

As of today, there are 1,424 new US cases, raising the nation's total to 8,934. After an adult in Montana was confirmed to have the virus yesterday, Wyoming remains the only state without a recorded case.

In less than 3 months, the global monkeypox outbreak, mostly among men who have sex with men (MSM), has resulted in 31,119 cases in 93 countries—almost all of which have never dealt with the poxvirus before.

The size and speed of the outbreak is causing many countries to reconsider how they are using any doses of monkeypox vaccine stored in national stockpiles.

In the Netherlands, all men who have sex with men—not just case contacts—will now be offered vaccination in an effort to stop the spread of the virus, which is most often transmitted through close contact, including sexual relations.

Today, pharmaceutical company Siga announced that the US government contracted $26 million worth of the intravenous (IV) formulation of Tpoxx treatment courses. The procurement was exercised by the Biomedical Advanced Research and Development Authority (BARDA), and product delivery is targeted for next year.

In global news, Germany has confirmed its first monkeypox case in a child, who is asymptomatic but lives in a household with two infected adults. The 4-year-old girl has not been in contact with anyone outside her household and was tested as a precautionary measure.

Germany has 2,916 cases of the virus, all but seven recorded in men.

The study authors said the characteristics are further proof that sexual contact is fueling transmission in Spain.