WHO advisors recommend AstraZeneca COVID vaccine for emergency use 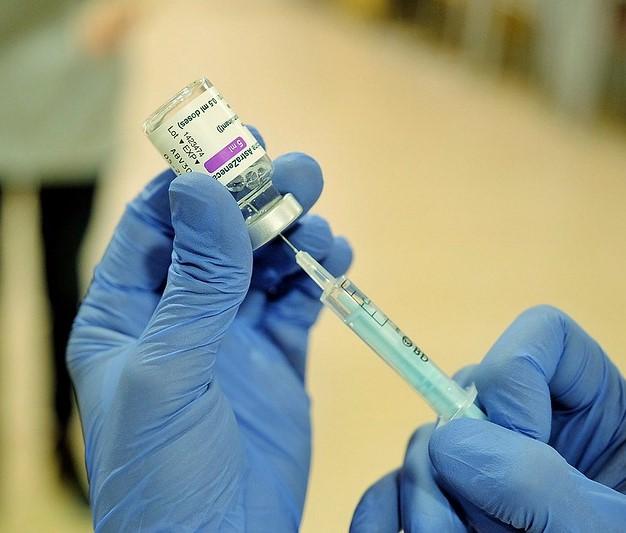 The World Health Organization (WHO) vaccine advisory group today recommended the AstraZeneca-Oxford vaccine for emergency use, a key development that clears the way for lower- and middle-income countries to receive their first deliveries from the COVAX program.

In other global developments, the WHO said in a weekly update that overall cases and deaths show more signs of decline, a promising development, though cases are rising in some nations and more countries are reporting the detection of variant SARS-CoV-2 viruses.

At a briefing today, Alejandro Cravioto, MD, PhD, who chairs the WHO's Strategic Advisory Group of Experts on Immunization (SAGE), said that after a review, the group recommends the AstraZeneca-Oxford vaccine for use in adults ages 18 and older as recommended by the company, given as two doses, 4 to 12 weeks apart. However, given reports that suggest a better immune response with a longer interval, SAGE urged countries to plan on an 8- to 12-week interval.

Just as the group considered the vaccine, a research team from South Africa and the United Kingdom reported in a preprint study that the vaccine in the South African arm of the trial offered little protection against mild-to-moderate illness caused by the B1351 variant, which is dominant there. Also, European regulators who looked at the vaccine earlier raised concerns about the vaccine's impact in seniors, given the small numbers of participants who were older than 65.

Cravioto said efficacy estimates for the older age group had wide confidence intervals, and they felt the response isn't much different than those in younger age groups.

The group also recommended that the vaccine be used even in countries with variant virus circulating, along with strong and robust follow-up.

SAGE has now recommended three COVID-19 vaccines, having earlier weighed in on the Pfizer-BioNTech vaccine, as well as the one from Moderna.

Earlier this week, the disappointing early results from the South African trial of the AstraZeneca-Oxford vaccine against mild-to-moderate disease from the B1351 variant led to concerns about the rollout of the vaccine to lower- and middle-income countries through COVAX, a program designed to support the development of and ease equitable distribution of vaccine across the world. The first shipments of COVID-19 vaccines, set to begin later this month, depend on 350 million doses of the AstraZeneca-Oxford vaccine. The viral vector vaccine can be kept at normal refrigerator temperatures, making it easier to deploy in resource-limited settings.

In related developments today, South Africa, which earlier this week paused its rollout of the AstraZeneca-Oxford vaccine to health workers, said today that it will temporarily switch to the unapproved Johnson & Johnson vaccine, according to the Associated Press.

Today, top leaders from the WHO and UNICEF issued a joint statement emphasizing that nearly 130 countries with 2.5 billion people haven't been able to administer a single dose, while most of the 128 million doses administered so far are in just 10 countries.

"This self-defeating strategy will cost lives and livelihoods, give the virus further opportunity to mutate and evade vaccines and will undermine a global economic recovery," the groups said, urging governments that have already vaccinated health workers and high-risk populations to share vaccines through COVAX to allow other countries to do the same.

They also pushed the global community to fully fund the ACT Accelerator, an effort to speed the development of drugs, vaccines, and diagnostics, and asked vaccine makers to equitably allocate limited vaccine supply and take other steps to increase shipments, such as transferring technology to other manufacturers to scale up supply.

In its weekly report on global COVID-19 patterns, the WHO said yesterday that cases declined again last week, with illnesses down 17% and deaths down by 10%, which it said is promising, though numbers are on the rise in some countries, such as Iran, the Philippines, and some parts of the Americas.

The WHO's Pan American Health Organization (PAHO) said today at a briefing that Caribbean countries such as the Dominican Republic and Cuba are reporting significant rises in cases, as are other parts of the region, including parts of Honduras, El Salvador, Guatemala, and the Amazon region along the border between Brazil, Colombia, and Peru.

Overall, the WHO noted that much of the drop in global cases is from declines in some of the highest burden countries, including the United Kingdom and the United States.

Also, 5 more reported the P1 variant, bringing that number to 15. The WHO said B117 transmission is on the rise in Europe and parts of North America, and B1351 transmission is underway in Africa.

In a related development, Denmark said its B117 activity is under control for now, with cases occurring at a flat pace, according to the Washington Post.