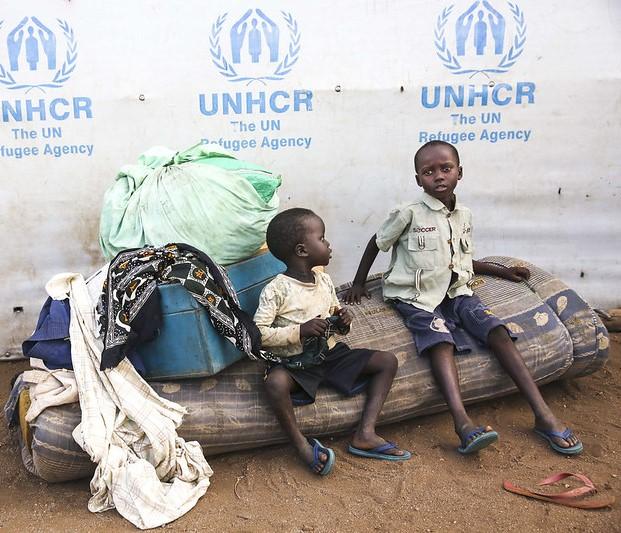 A new report from the World Health Organization (WHO) indicates that, while data on antibiotic use and access among the world's migrants and refugees are scarce, multiple factors may be keeping these vulnerable populations from obtaining and using antibiotics appropriately.

The findings are from the fourth report from the WHO's Global Evidence Review on Health and Migration (GEHM), which aims to address knowledge gaps on the health status of the estimated 281 million refugees and migrants around the world. Previous GEHM reports have looked at public health policies, noncommunicable disease management, and immunization in refugees and migrants—groups the WHO says need to be included in the agency's efforts to expand universal health coverage and achieve its Sustainable Development Goals.

Antimicrobial resistance (AMR) has emerged as one of the world's most significant public health challenges, with recent estimates indicating that drug-resistant bacteria are responsible for 1.27 million deaths a year and contribute to nearly 5 million. And refugees and migrants may be particularly vulnerable to AMR; crowded conditions, poor hygiene, and inadequate sanitation in refugee camps, detention centers, and migrant-worker housing create an environment in which drug-resistant respiratory and gastrointestinal pathogens can easily spread.

The WHO says equitable access to antibiotics in these populations is both a basic human right and a pressing global health issue.

"Access to safe, effective, affordable, high-quality antibiotics for all, including refugees and migrants, is key to promoting the health of these populations and is essential to addressing AMR and maintaining the ability to treat infections," Santino Severoni, MD, director of the WHO Health and Migration Programme, said in a press release.

Overall, the evidence was limited. Most of the studies were conducted in high-income countries, and the data suggested that antibiotic access and use among refugees and migrants in these countries "is heterogeneous and is significantly influenced by the health systems of the host countries." For example, one study showed that in Ireland, adult asylum seekers were more than twice as likely as Irish citizens to be prescribed an antibiotic at general-practitioner consultations. Another found that in Switzerland, asylum-seeking children were as likely as Swiss children to receive an antibiotic in tertiary care.

For refugee-camp settings and migrants living in low- and middle-income countries (LMICs)—which host nearly 80% of people who have been forcibly displaced from their country and where the burden of drug-resistant infections is higher—the data on antibiotic access and use compared with the host population were almost nonexistent.

"This represents a significant research and knowledge gap that should be included in the forthcoming global research agenda on AMR to mobilize concerted and targeted funding of research efforts," the authors write.

But the report did identify several barriers that might prevent refugees and migrants from obtaining formal health services in host countries and, by extension, gaining access to antibiotics. Those barriers are on both the health system side and the patient side.

On the health system side, the report found, long waiting times to see a healthcare provider, delays in diagnosis, lack of health insurance, and lack of translated material or interpreters are among the barriers that could prevent refugees and migrants from obtaining antibiotic prescriptions in host countries.

On the patient side, the report suggests that some refugees and migrants might avoid formal healthcare because of previous bad experiences, lack of transportation, the stigma associated with disease (specifically sexually transmitted infections), and fear of deportation. They also might prefer to acquire antibiotics over the counter or through informal networks and self-medicate.

"All these factors, together with a lack of knowledge of antibiotics and their appropriate use, may contribute to inadequate, unnecessary or incorrect use of antibiotics by these populations," the report states.

To address these issues and include these vulnerable populations in the fight against AMR, the report makes several policy recommendations. Globally, it calls for key institutions to coordinate global action plans for refugees and migrants and for AMR into a coherent framework, to improve global data collection on antibiotic use, and to establish financial arrangements in LMICs for equitable antibiotic access.

On a national level, the WHO recommends that countries facilitate refugees' and migrants' access to healthcare by improving language accessibility, supporting the provision of migrant- and refugee-sensitive training for healthcare personnel, and removing migration status-related barriers to care. The report also calls for host governments to ensure access to essential and affordable antibiotics and point-of-care diagnostic tools and to support efforts to improve antibiotic knowledge in refugee and migrant populations.

"We need to focus on people and vulnerable populations while addressing AMR," said Catharina Van Weezenbeek, MD, PhD, MPH, WHO's director of Surveillance, Prevention, and Control of AMR. "Equitable access to infection prevention measures, to timely and quality diagnostic services, and to quality-assured antibiotics are key building blocks in the global AMR response."