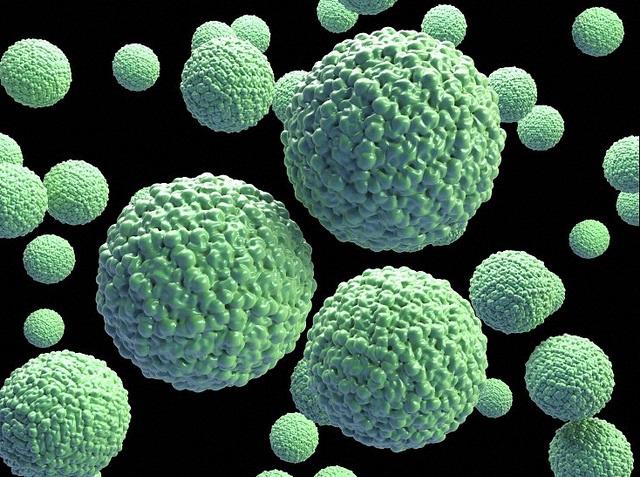 A pair of studies today probing the complex antibody reactions between Zika and dengue infection have both bad news and good news: that earlier dengue infection can worsen Zika infections, but a certain antibody against dengue can also neutralize Zika virus, raising the possibility of a vaccine target.

In other developments, more Zika-related birth defects were reported in the United States, along with a steep rise in the number of Puerto Ricans infected by the virus.

The two studies were done by the same team of researchers from Imperial College London, the Pasteur Institute, and Madihol University in Bangkok. Also, both were supported by the Wellcome Trust, the Medical Research Council, and other groups.

The team published the study on cross-reactions and enhanced Zika infection in Nature Immunology, while the report on the antibody with the potential to neutralize both viruses appeared in Nature.

The authors noted that the lab findings in the first study are in the early stages, but in a nutshell, their work suggests that previous dengue exposure enhances Zika infection. Theirs is the second study to hint that prior dengue infection might be a cofactor in Zika infection. In late April, a team from Florida Gulf Coast University found that dengue monoclonal antibodies cross-react, don't neutralize, and enhance Zika infection.

In the new study, researchers also used antibodies collected from people who had been infected with Zika virus. When the group added the antibodies to cell culture, along with Zika virus, they found that the dengue antibodies recognize and bind to Zika, but they can also worsen Zika infection through a process called antibody-dependent enhancement (ADE). Identified earlier in dengue studies, ADE is thought to trigger more serious infections following a first dengue infection.

Juthathip Mongkolsapaya, PhD, from Imperial College London, said in a press release that the next step is to investigate if ADE helps Zika virus cross the placenta. She said the team also found a group of antibodies (EDE1) that can bind to certain dengue virus sites and block Zika virus from entering immune cells.

In the second study, the researchers confirmed that EDE1 antibodies bind efficiently to Zika virus and can neutralize infection, as they do for dengue virus. Using x-ray crystallography, they determined that the binding site on the viral envelope is the same for both viruses, which they said could one day lead to a universal vaccine that protects against both of them.

In their experiments, the investigators tested two antibodies that were already known to neutralize dengue virus. One of them was even more effective at blocking Zika virus, suggesting a high level of closeness between the two viruses that surprised the team.

Jeremy Farrar, MD, PhD, director of the Wellcome Trust, said in the Imperial College press release that the viruses come from the same flavivirus family and share many genetic, transmission pattern, and immune response characteristics.

"These new studies suggest that prior infection with dengue doesn't offer any protection against Zika, and may in fact predispose people to a more severe infection," he said. "We can't say yet whether this interaction is playing a role in the current outbreak, but if confirmed it's likely to have important implications for the control and global spread of Zika, and for the development of any vaccine for the virus."

Farrar said there are still more questions than answers about Zika virus, including why explosive transmission hasn't been seen in Southeast Asia and Africa, where the virus has caused disease for several years. "This is what the international research effort needs to work out, and quickly.

In outbreak news two more birth defects have been reported in US pregnant women infected with Zika virus, raising the total to eight as of Jun 16, the US Centers for Disease Control and Prevention (CDC) said today in a regular update. One was related to a live birth and the other in a pregnancy loss situation.

The CDC also reported the first birth outcome information in pregnant women infected with Zika virus who live in US territories. So far one pregnancy loss with birth defects had been reported as of Jun 16, which may reflect a case reported by Puerto Rico on May 13. Microcephaly was detected on ultrasound, and it wasn't clear if the woman miscarried or had an abortion.

Information on birth outcomes is from two different CDC Zika pregnancy registries: one that includes US states and the District of Columbia, and one based in Puerto Rico.

The pregnancy registries also show rising numbers of pregnant women infected with Zika virus. So far 265 have been reported from US states as of Jun 16, an increase of 31 from the previous week, and 216 have been reported in US territories, up 27 from the last report.

Zika-affected US territories reported 418 more cases since the CDC's report last week, boosting the total to 1,854, most of them in Puerto Rico. For comparison, the total rose by 135 the previous week. The CDC last week warned of a rapid Zika rise in Puerto Rico, based on what it is seeing with blood center test results. The territories also reported one more Guillain-Barre syndrome (GBS) case, putting that total at seven.

Meanwhile, the CDC reported 63 more infections in travelers as of Jun 22, increasing that total to 819. One more GBS case was received, with four now reported.

The number of sexually transmitted Zika cases stayed the same, at 11 as of Jun 22, but the Ohio Department of Health (ODH) yesterday reported its first case, involving a 61-year-old woman from Lucas County whose husband had traveled to a country with active Zika transmission. The ODH said local officials are increasing mosquito assessment and control in the areas to reduce the risk of local mosquitoes becoming infected.

Jun 22 CDC update on Zika virus in the US