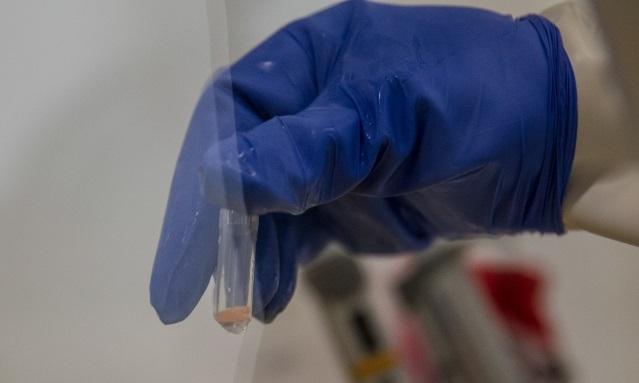 The inadvertent transfer of potentially live Bacillus anthracis (BA) samples by a US Army lab in Utah over the past decade involved a total of 575 separate shipments to other labs, including those that received the materials indirectly, a federal health official testified today.

Daniel M. Sosin, MD, MPH, of the Centers for Disease Control and Prevention (CDC), reported the number of shipments in testimony prepared for a US House subcommittee hearing today on the recent revelation that the Army lab sent potentially live BA samples to 86 other labs over a period of 10 years. Another 106 labs received the material secondarily, according to recent reports. The bacterium causes anthrax.

In other prepared testimony, a Department of Defense (DoD) official said a total of 31 US lab workers were put on prophylactic antibiotic treatment because of possible exposure to the live samples, which is 10 more than reported by the DoD yesterday.

The DoD official also promised that the Army would conduct an "accountability assessment" of institutions and personnel at Dugway Proving Ground, the Army lab that shipped the BA samples.

The problem with the BA samples came to light in May, after a private company that received a sample from Dugway decided to test it for viability. After finding that it contained live spores, the company notified the CDC. The incident was the focus of a hearing today by the House Energy and Commerce Subcommittee on Oversight and Investigations.

Sosin, who is deputy director of the CDC's Office of Public Health Preparedness and Response and is leading the agency's response to the incident, said the CDC has reached out to 183 US labs that received BA samples that originated at Dugway. Another nine labs in seven foreign countries also received samples, but the CDC has worked only with the US facilities, he noted.

Sosin reported that the CDC tracked "575 shipments of presumed inactivated anthrax material (that turned out to include live anthrax) coming from Dugway." He said CDC experts worked with state health departments to assess lab workers and their environment for possible aerosol exposures, and also tested Dugway samples to confirm that the live spores were present only in low concentrations.

In the 164 civilians labs involved, the CDC identified only eight workers who were potentially exposed to BA, Sosin said. All were started on antibiotics for postexposure prophylaxis (PEP), but two of them stopped the treatment. The rest were expected to complete the course yesterday, and there have been no illnesses, he said.

A DoD review panel reported last week that shipment of the live spores resulted from faulty inactivation and inadequate testing. The report said the key mistake was failure to detect viable spores in samples after they were exposed to gamma radiation intended to kill them.

Sosin commented in his testimony, "There is uncertainty about whether Dugway failed to conduct proper inactivation and sterility testing or, alternatively, whether there is something previously unrecognized about anthrax spores recovering from irradiation damage."

David C. Hassell, PhD, the DoD's deputy assistant secretary for chemical and biological programs, said in his prepared testimony that 31 US citizens have received PEP in connection with the BA shipments. The number includes 23 DoD personnel and 8 non-DoD workers.

A DoD report yesterday put the number of workers who received PEP at 21, including 15 DoD employees and 6 others.

Hassell said all 31 workers will have completed their 60 days of antibiotic treatment by Jul 31. He affirmed that 2 of the 8 civilians stopped the regiment early.

He maintained that the shipments posed no risk to the public and very little risk to lab workers, because live spores were in low concentration in the samples, the samples were in liquid, and they were securely packed in accord with relevant regulations.

Hassell also promised that the secretary of the Army would "conduct a full accountability assessment of the responsible institutions and individuals" at Dugway, including the chain of command. The probe will include, he said, "a formal investigation by an appropriate investigative organization of the specific actions" that resulted in the unintended shipments.

Past violations of select agent rules

In other prepared testimony, a Department of Health and Human Services (HHS) official said 30 civil violations of the Federal Select Agent Program (FSAP) rules have been identified in the past 13 years, and violators have paid about $2.4 million in fines.

The information came from Gregory E. Demske, chief counsel to the inspector general in the HHS Office of Inspector General (OIG). The FSAP enforces rules concerning the handling of particularly dangerous biological agents and toxins, known as select agents and toxins.

Demske explained that when the CDC Division of Select Agents and Toxins detects possible FSAP misconduct by an HHS worker, it coordinates with the OIG to gather facts. If the CDC concludes that a civil violation might have occurred, it turns the case over to the OIG for possible enforcement. If the CDC suspects a crime, it pursues the matter with the FBI, he said.

Since passage of the Bioterrorism Act of 2002, the OIG has received 68 referrals from the CDC for possible select agent enforcement, Demske said. He said the office has found violations in 30 of those cases.

Demske commented that no federal agencies have been fined for FSAP violations, because monetary penalties would only result in moving money from the agency's budget to the general fund, and the government would incur the cost of negotiating or disputing the penalty.