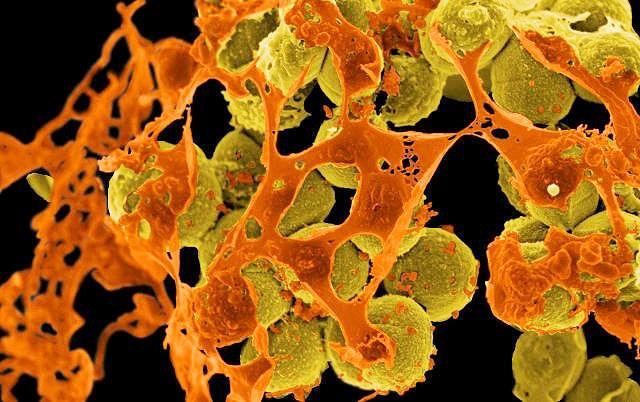 The second annual report on the United Kingdom's 5-year antimicrobial resistance (AMR) strategy suggests that while little substantive progress has been made in the 2 years since implementation, the "building blocks" are in place to produce better results in the coming years.

The report, issued last week by the British government's Department of Health and Department for Environmental, Food & Rural Affairs, does contain positive news. In particular, the report documents encouraging trends in resistance in both human and animal health, and a reduction in antibiotic use in the poultry industry.

Analysis of five microorganisms (Neisseria gonorrhea, Escherichia coli, Klebsiella pneumoniae, Streptococcus pneumoniae, and Pseudomonas) found that, with the exception of Pseudomonas, the proportion of isolates of each species that are resistant to different types of antibiotics remained stable from 2013 to 2014. Pseudomonas isolates, however, showed a statistically significant increase in resistance to carbapenem antibiotics.

On the animal side, the report showed that the proportion of antibiotic-resistant E coli, Salmonella, Campylobacter jejuni, and Campylobacter coli isolates found in chickens, turkeys, and pigs in the UK was low compared with other European countries, with the UK having the lowest levels of resistance to several different types of antibiotics.

The UK strategy to combat AMR rests on three pillars: preventing infections that require antibiotics, protecting the antibiotics we have, and promoting the development of new drugs and alternative treatments. The report's most concerning findings come in the arena of prevention.

According to the report, the total number of bacteremia (blood infection) cases increased by 8.5% in England, Wales, and Northern Ireland from 2010 to 2014, and by 5.7% in Scotland. These increases, the report notes, cannot be explained by population increase, but could be the result of improved monitoring and reporting.

However, the report also found that the proportion of Staphylococcus aureus infections that are resistant to methicillin was nearly cut in half in England from 2010 to 2014, while the number of S pneumoniae bloodstream infections fell by 23%.

The authors of the report suggested that better surveillance and data on infections, along with the introduction of standards and tool kits to help hospital staff better manage infections, will reduce the number of bacterial infections in the coming years.

Antibiotic consumption on the rise

Despite the efforts of UK health officials to raise awareness about AMR among healthcare providers and the public, the report also found that total antibiotic consumption in the UK increased by 2.4% from 2013 to 2014, with much of the consumption being driven by hospital (rather than community) use.

Meanwhile, the report shows that antibiotic use in UK food-producing animals, based on sales data, has remained stable over the last few years. And on an encouraging note, preliminary 2015 data from the British Poultry Council shows a 28% reduction in antibiotic use in chickens and turkeys. Overall, when compared with the United States, Australia, and several European Union countries, the rate of antibiotic use in livestock and poultry in the UK is relatively low.