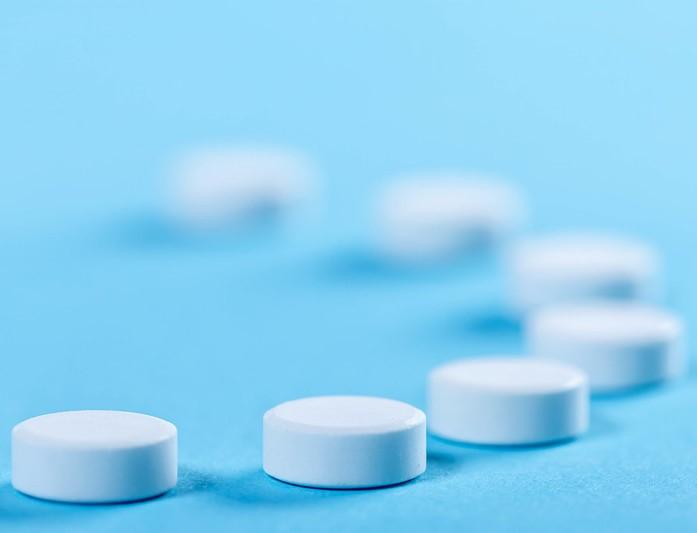 The observational study, published yesterday in the New England Journal of Medicine, looked at data on nearly 1,400 patients treated for COVID-19 at a large hospital in New York City, more than half of whom received hydroxychloroquine. Analysis of patient outcomes showed that the risk of intubation or death was not significantly higher or lower among patients who received the drug than among those who did not.

The authors of the study say the results should not be taken to rule out either benefit or harm from hydroxychloroquine, which is currently being used to treat thousands of COVID-19 patients. But, they add, the findings don't support continued use of the drug in COVID-19 patients outside of clinical trials.

"Clinical guidance at our medical center has been updated to remove the suggestion that patients with COVID-19 be treated with hydroxychloroquine," they wrote

Patients on hydroxychloroquine were sicker

The patients were treated at New York-Presbyterian Hospital/Columbia University Irvine Medical Center from Mar 7 to Apr 8 with a follow-up through April 25, the period in which COVID-19 cases began to skyrocket in New York. Hospital guidance suggested hydroxychloroquine, which was granted an Emergency Use Authorization for COVID-19 care by the Food and Drug Administration (FDA) on Mar 29, as a therapeutic option in patients with moderate-to-severe illness.

The primary end point of the study was the time from study baseline to intubation or death. The researchers used Cox proportional-hazards regression models to estimate the association between hydroxychloroquine use and the composite end point of intubation or death, and propensity-score methods to reduce the effects of confounding.

Over a median of 22.5 days, 346 (25.1%) patients had a primary end-point event, with 180 patients being intubated (66 of whom died) and 166 patients dying without intubation. In the unadjusted analysis, patients treated with hydroxychloroquine were more than twice as likely to die or be intubated as those who didn't receive the drug (hazard ratio [HR], 2.37; 95% confidence interval [CI], 1.84 to 3.02).

The study is the latest indication that hydroxychloroquine, which prompted excitement when French scientists reported in March that the drug was associated with reduced viral load in a small, uncontrolled study of COVID-19 patients, may not help severely ill patients. A recent pre-print study of Veterans Affairs (VA) patients with COVID-19 found no evidence that hydroxychloroquine, either with or without azithromycin, reduced mortality or the need for intubation.

Other studies have raised red flags, linking use of the drug in COVID-19 patients with prolonged QT interval, which can cause an irregular heartbeat and increase the risk of sudden cardiac arrest. Enrollment in a randomized trial of COVID-19 patients in Brazil was stopped early after researchers found a high dose of hydroxychloroquine was associated with higher mortality and excessive QT prolongation compared with a low dose of the drug.

Concerns about the heart rhythm problems in some COVID-19 patients treated with hydroxychloroquine prompted the FDA to issue a warning on Apr 24. The National Institutes of Health also recommended against using the drug in COVID-19 patients outside of clinical trials.

The authors of the study say that despite their use of a variety of statistical methods to minimize the confounding effects of hydroxychloroquine being given to older, sicker patients in the study, it's still possible that some amount of unmeasured confounding remains. And that's why, they say, randomized clinical trials will ultimately be the only way to determine whether hydroxychloroquine can help COVID-19 patients.

"A randomized clinical trial is the best approach to determine whether benefit can be ascribed to any given therapeutic intervention because this trial design minimizes the two major problems inherent in observational studies: unmeasured confounding and bias," they wrote.

Experts from Harvard T.H. Chan School of Public Health and Brown University School of Public Health, writing in an accompanying editorial, come to the same conclusion, arguing that without the results of large randomized clinical trials, clinicians have been put in the position of treating COVID-19 patients with hydroxychloroquine with little evidence on the risks or benefits of the drug. While there are several ongoing clinical trials for hydroxychloroquine, no results have yet been made available.

"It is disappointing that several months into the pandemic, we do not yet have results from controlled trials of a therapy that is being widely used," they wrote. "When we have little idea about appropriate therapy, we have an obligation to help by performing studies that will help us to learn together with our patients."

The authors of the editorial say that although this study provides useful information, it's no substitute for randomized, placebo-controlled trials.

"The findings of this study set broad parameters around the potential good (or harm) that these drugs could do," they wrote. "The results leave open the possibility that these agents could have a modest benefit but do not rule out a detrimental effect, something that will probably be learned only through well-designed and well-conducted randomized, controlled trials."