WHO: 'Notable escalation' of violence in DRC Ebola outbreak 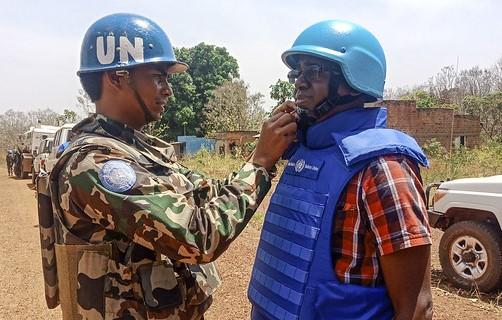 April has brought worsening conditions to the ongoing Ebola outbreak in North Kivu province, Democratic Republic of the Congo (DRC), according to the latest disease outbreak news update from the World Health Organization (WHO), as cases continue to mount.

Both community resistance and violent attacks are on the rise in hot spots such as Katwa and Butembo, the WHO said, and a perceived lull in cases only reflects that surveillance activity has been interrupted due to ongoing security threats.

Efforts halted in some areas

The outbreak region saw two violent attacks on health centers treating Ebola patients, resulting in the death of one WHO epidemiologist, and the injury of two other health workers. Today officials in the DRC said 11 people suspected to have carried out the attack have been arrested.

"To ensure the safety of all outbreak responders, Ebola response activities have been temporarily halted in some high-risk health areas until security measures can be reinforced," the WHO said. In addition, the WHO said residences of response personnel will have strengthened security perimeters.

Yesterday, the Associated Press (AP) reported that some clinicians in the region are threatening to strike because of recent attacks. Yesterday in Butembo nurses and doctors dressed in white marched to city hall to give a memorandum to the mayor asking for more protection.

Yesterday and today, the DRC recorded 20 new Ebola cases, including 10 death—5 that took place in the community, which raise the risk of disease spread.

The outbreak totals now stand at 1,373 cases, of which 1,307 are confirmed and 66 are probable. Officials have confirmed 890 deaths, and 248 suspected cases are still under investigation.

Within those cases are, according to the WHO, a high proportion of community deaths reported among confirmed cases, a relatively low proportion of new cases who were known contacts under surveillance, and the existence of transmission chains linked to nosocomial infection. These factors contribute to the ongoing nature of the outbreak.