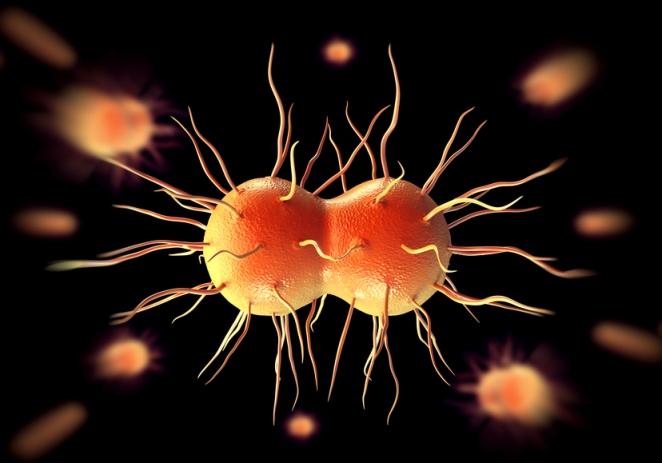 The specter of gonorrhea completely resistant to the drugs used to treat it just grew larger.

The US Centers for Disease Control and Prevention (CDC) today reported for the first time cases involving gonorrhea bacteria having high resistance to azithromycin and reduced susceptibility to ceftriaxone, the two drugs that are currently recommended and are described as the last available effective treatment.

The cases involve seven people in Hawaii. Previous infections with Neisseria gonorrhoeae resistant to azithromycin, which have become more common, have been shown susceptible to ceftriaxone. In recent years gonorrhea has developed resistance to almost every class of antibiotics used to treat it.

"Our last line of defense against gonorrhea is weakening," said Jonathan Mermin, MD, director of the CDC's National Center for HIV/AIDS, Viral Hepatitis, STD, and TB Prevention, in a CDC press release. "If resistance continues to increase and spread, current treatment will ultimately fail and 800,000 Americans a year will be at risk for untreatable gonorrhea."

Not only do the seven cases in Hawaii represent azithromycin-resistant strains, the resistance is dramatically higher than levels typically scene in America, the CDC said, citing research from the Hawaii State Department of Health.

Also, isolates from five of the patients demonstrated reduced susceptibility to ceftriaxone. The isolates were collected in Honolulu in April and May.

Although all the patients were successfully treated with the combination therapy and no cases have been recorded since May, both the resistance pattern and the fact that the cases involved a cluster are causes of concern, the CDC said.

"Hawaii is on the front line for antibiotic-resistant gonorrhea—we've been one of the first states to see declining effectiveness of each drug over the years," said Alan Katz, MD, MPH, professor of public health at the University of Hawaii and member of the Hawaii State Board of Health. "That's made us extremely vigilant, so we were able to catch this cluster early and treat everyone found who was linked to the cluster. But the future risk of gonorrhea becoming resistant to both of the recommended therapy medications in the United States is troubling."

"Using both drugs ensures patients are cured of infection and prevents further transmission, but to preserve this option, providers should treat infections right away with the combination of azithromycin and ceftriaxone," said Gail Bolan, MD, director of the CDC's Division of STD Prevention.

"All health care providers should also promptly report any suspected treatment failure to local health officials and CDC to ensure rapid response to cases or clusters of concern."

In the release, the CDC emphasized that no confirmed failures of the CDC-recommended dual treatment therapy have yet been reported in the United States.

"In Hawaii, the system worked," said Mermin. "Front-line providers diagnosed and treated infections, public health officials quickly detected resistance, and we were able to use cutting-edge lab technologies to track its spread and treat people who were linked to the cluster.

"A strong STD prevention and control infrastructure is critical to ensure we're ready to confront drug resistance not just in Hawaii, but nationwide."

The CDC also noted in the release that ETX0914, an antibiotic candidate made by Entasis Therapeutics, of Waltham, Mass., performed well in an early, small clinical trial, according to data presented today at its STD Prevention Conference in Atlanta by Louisiana State University researchers.

In the phase 2 trial, 179 volunteers (all but 12 of them men) were treated for gonorrhea using ETX0914 alone (at either 2 grams or 3 grams) or ceftriaxone alone. The former is given orally, while the latter is injected.

All 47 patients receiving 3 grams and 48 of 49 receiving 2 grams of ETX0914 were cured. Side effects were minimal.

In an Entasis press release, President and CEO Manos Perros, PhD, said, "ETX0914 is a novel oral antibiotic designed to be highly active against both the drug-sensitive and drug-resistant bacteria which cause gonorrhea. This is the first of a number of exciting agents in our portfolio to be tested in a clinical setting."