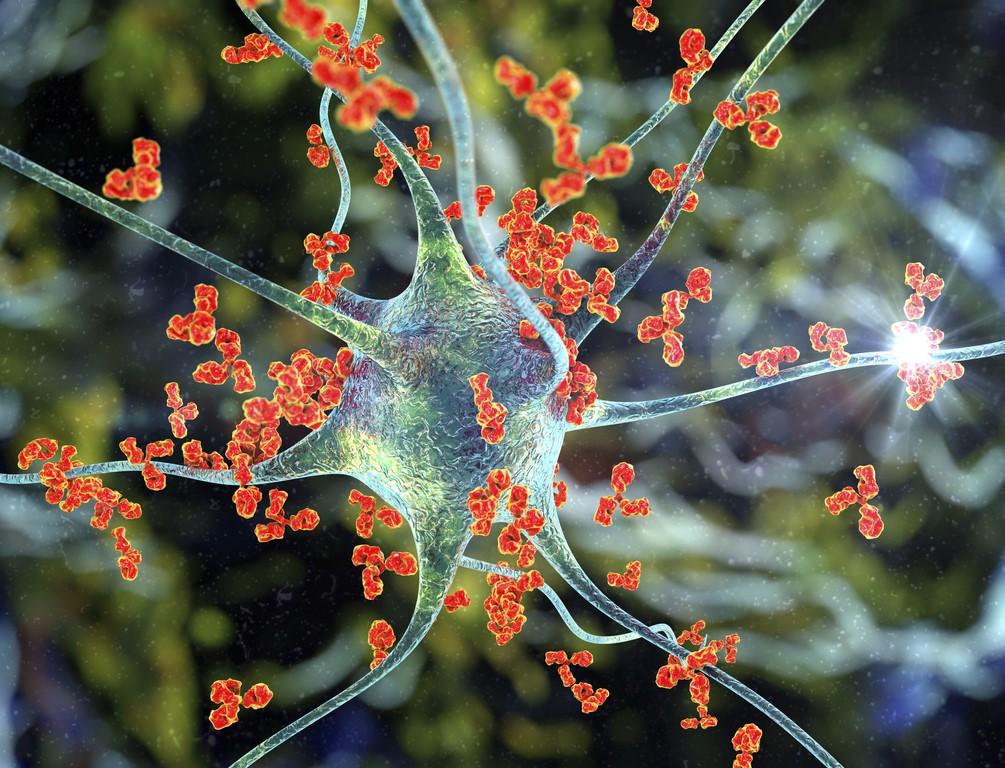 A large epidemiologic study in the United Kingdom today finds no association between COVID-19 and Guillain-Barré syndrome (GBS), an autoimmune condition linked to other bacterial and viral infections.

GBS is a rare neurologic disease that attacks the peripheral nervous system—typically the feet, hands, and limbs—causing numbness, weakness, pain, and occasionally, fatal paralysis or permanent neurological effects. The most common trigger for GBS is infection with Campylobacter jejuni, a bacterial strain that causes gastroenteritis, or infection of the digestive tract.

Many other infections can also trigger GBS, leading to concerns about a possible surge in GBS during the COVID-19 pandemic. Epidemiologic studies have confirmed a causal relationship between recent Zika virus epidemics and a corresponding sharp rise in GBS cases. Small international studies have suggested an association between infection with SARS-CoV-2, the virus that causes COVID-19, and increased risk of GBS.

No surge in GBS during pandemic

Researchers with University College London (UCL) assessed the incidence of GBS in the UK National Immunoglobulin Database from Jan 1 to May 31 each year from 2016 to 2019 and compared case rates with those reported during the same time period in 2020.

The researchers suggest that lockdown measures may have reduced the transmission of other GBS-triggering pathogens and could explain the 2020 decline in observed cases.

"Our epidemiological study shows there was no increased incidence in GBS during the first wave of COVID-19," lead author Stephen Keddie, MBBS, said in an UCL news release yesterday. "Rather, there was a decrease and therefore no causal link of COVID-19 to GBS can be made."

The scientists also studied the protein structure of SARS-CoV-2 to determine whether it—like Campylobacter—has human-like antigens that could cause an autoimmune response leading to GBS.

"Our analysis shows SARS-CoV-2 contains no additional immunogenic material known or proven to drive GBS," Keddie noted in the release. "Concerns that COVID vaccination might cause GBS in any significant numbers are therefore almost certainly unfounded."

Public perception and fears of GBS are colored by a historic small increase in GBS risk associated with the 1976 US swine flu vaccine, which was later found to be lower than initially thought. Concerns about vaccine-related GBS risk persist despite comprehensive surveillance of influenza vaccine-related increases showing only one additional case of GBS per million flu vaccinations. In contrast, the risk of flu-related complications is 17 per million cases.

Post-vaccine illnesses may be due to chance

The researchers highlight the risk that mass vaccination programs might be blamed for incidences of GBS and other illnesses that occur, by chance, in the weeks after immunization, leading to unfounded fears of vaccine risks.

"These cases may cause concern in patients, politicians, and regulators and stoke anti-vaccination concerns even though it is likely that most, if not all of the cases, will be associated with vaccination by chance alone," Michael Lunn, PhD, of UCL's Queen Square Institute of Neurology, author of a linked commentary, said in the news release.

"Such a severe illness may result in suspension or withdrawal of vaccination as a 'knee jerk' safety reaction but this must not happen unless there is a statistically demonstrated link through careful monitoring that is proven," Lunn added. "We must accept small risks with any vaccination programme on this scale, and these are far lower than the risk from COVID infection."

In the commentary, Lunn and his coauthors write, "The temporal association between vaccination and GBS onset even in large numbers of individuals within a huge population of billions is not adequate evidence of causation. In those conditions like GBS where minds are preprogrammed to leap to causative assumptions through cognitive bias, this is a particularly vital message to convey."