Studies: Oseltamivir use drops as evidence of benefits grows 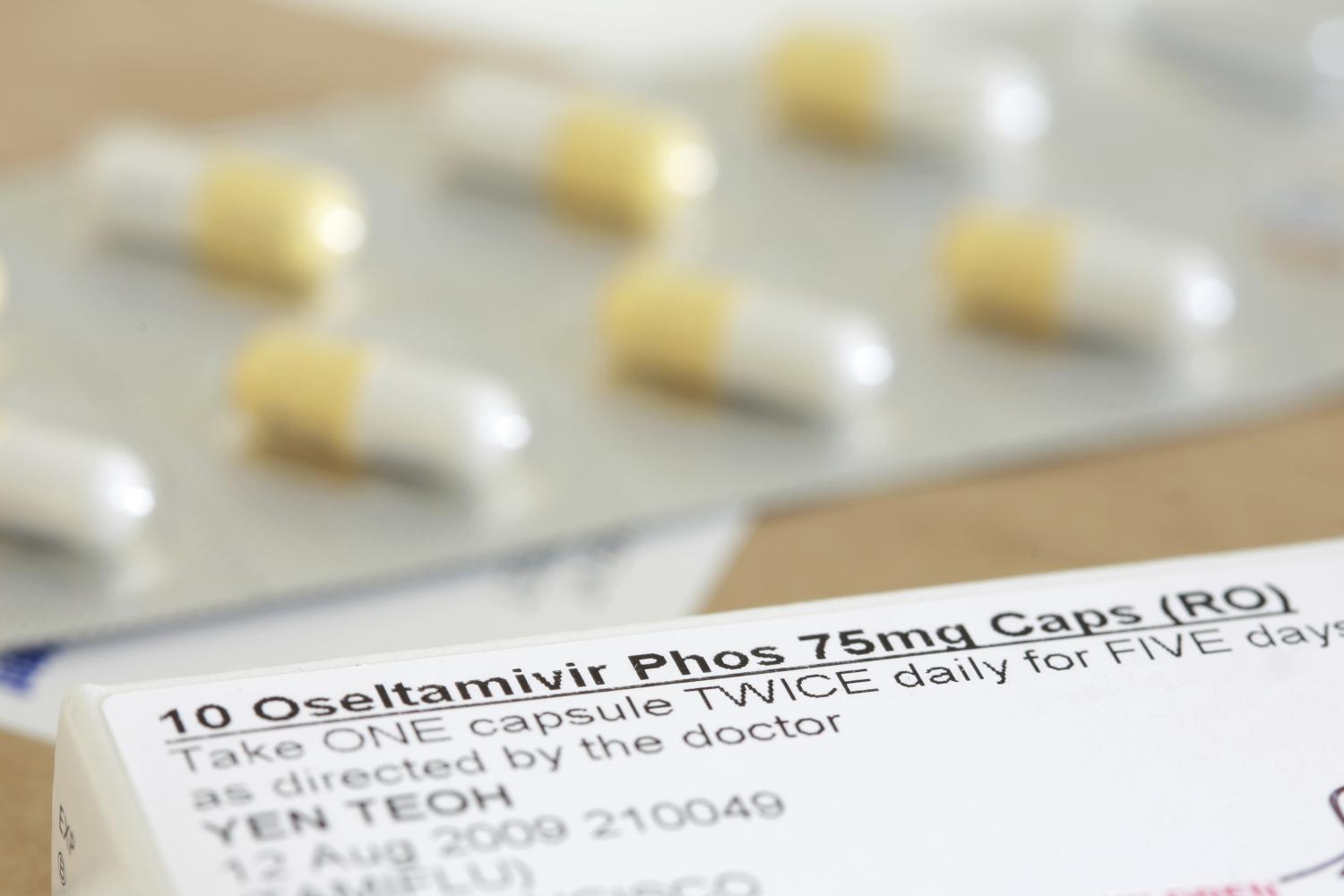 The standard recommendation about using Tamfilu (oseltamivir) and similar drugs in influenza patients is that treatment should begin within 48 hours after the first symptoms. But a new trial involving children in Bangladesh is being called the first study to show that starting treatment up to 72 hours after symptom onset can still be beneficial.

Ironically, on the heels of that study, a California study released yesterday suggests that the use of neuraminidase inhibitors (NAIs) like oseltamivir in children hospitalized with flu has declined since the 2009 flu pandemic, even though the drugs may improve their survival chances.

In the Bangladesh study—a randomized controlled trial that was reported in The Lancet Infectious Diseases—patients who received oseltamivir saw their symptoms resolve about 1 day sooner and also had less virus in their respiratory samples, compared with patients who received a placebo. The treated patients started treatment up to 5 days after they first got sick.

"This study is the first clinical trial to note a significant reduction in the duration of illness and virus shedding in children when influenza antiviral treatment was initiated more than 2 days after the onset of influenza (flu) symptoms," the US Centers for Disease Control and Prevention (CDC), which sponsored the study, said in a press release.

In the other study, published in Pediatrics, researchers found that 90% of children who were hospitalized in California intensive care units (ICUs) for treatment of flu during the 2009 H1N1 pandemic received NAI treatment. But in the 2 years after the official end of the pandemic, this proportion dropped to 63%.

The authors also found evidence that the treated children were more likely to survive their illness. "Recent decreased frequency of NAI treatment of influenza may be placing untreated critically ill children at an increased risk of death," their report says.

The Bangladesh trial was a collaboration of the CDC's Influenza Division and Bangladesh's International Centre for Diarrhoeal Disease Research in Dhaka. Over a 2½ year period, the investigators recruited patients in the city of Kamalapur who tested positive on a rapid flu test, and assigned them to receive either oseltamivir or a placebo twice daily for 5 days.

Overall, the duration of illness was 1 day less in the treated patients than in the control patients—3 days versus 4 days—which was similar to the results in studies that included only patients who started treatment in the first 2 days.

The report says that most patients for whom treatment was delayed more than 48 hours started taking the drug on the third day. A post-hoc analysis of those who started treatment on day 3 found that the 1-day reduction in symptoms also held true for them, but the results "might not be applicable to patients enrolled on day 4 and 5 after illness onset," the authors wrote.

Overall, after adjustments for age and the virus subtypes, "oseltamivir treatment resulted in a 13% reduction in duration of major symptoms and a 33% reduction in residual symptoms in participants enrolled up to 120 hours after illness onset," the report says.

The researchers also tested for virus in patients' respiratory secretions (virus shedding) 2, 4, and 7 days after illness onset. They found that in patients with treatment delayed beyond 48 hours, shedding was significantly reduced on days 2 and 4 but not on day 7, whereas in those who received earlier treatment, shedding was reduced at all three time points.

The CDC release says the treatment reduced the amount of live virus that was isolated from respiratory specimens by 12% to 50% compared with placebo, regardless of whether treatment was started before or after 48 hours. "This finding is especially important because no other study has shown reduced viral shedding in similar proportions regardless of whether treatment is started less than or more than 48 hours after flu symptoms begin," it adds.

The researchers also found that resistance to oseltamivir emerged rarely in the study: 1% overall and 3.9% in 2009 H1N1 infections.

In an accompanying commentary, Michael G. Ison, MD, of Northwestern University Feinberg School of Medicine in Chicago, wrote, "This study questions the existing idea that treatment started after 48 hours is of low benefit." Perhaps the most important finding, he added, is that virus shedding was reduced by similar amounts with either early or delayed treatment.

The California study was conducted by researchers from the California Department of Public Health and the CDC, whose chief aim was to find out if NAI treatment improved survival in children critically ill with flu.

They examined data from medical records to determine the outcomes of patients ages 0 to 17 years who were hospitalized in ICUs with confirmed flu from April 2009 (when the pandemic began) through September 2012.

But when the authors used a multivariate model to adjust for factors associated with disease severity, the difference between the treated and untreated patients was significant (OR, 0.36; 95% CI, 0.16-0.83).

The group also found that patients treated within 48 hours after illness onset were significantly more likely to survive than those who were not treated and that earlier treatment was more beneficial than later treatment.

The authors say their findings about a decline in antiviral treatment for children fit with another study that sifted surveillance data from 10 states. That study found that 84% of children who were admitted to an ICU with confirmed flu during the pandemic received antiviral treatment, but the proportion dropped to 73% during the 2010-11 season.

"These results and our findings suggest that further efforts are needed to educate clinicians to increase antiviral treatment in hospitalized patients with seasonal influenza, including those who are critically ill," the report states.