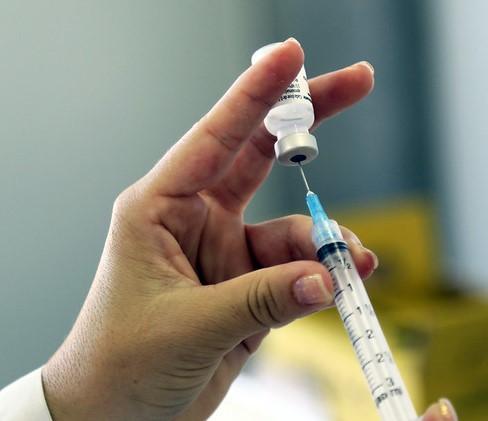 Despite numerous long-term safety and efficacy studies, the human papillomavirus (HPV) vaccine is underused among American adolescents, according to physicians surveyed in a new study published today in Pediatrics.

Refusal rates as high as 27%

The HPV vaccine is one of two vaccines that can prevent cancer, but the two-dose HPV vaccine recommended for 11- and 12 year-olds is regularly refused by parents, say family physicians (FPs) and pediatricians included in the Pediatrics study.

Researchers from the University of Colorado Anschutz Medical Campus surveyed 302 pediatricians and 228 FPs regarding their HPV vaccination practice in 2018. Though 83% of pediatricians recommend the vaccine for 11- or 12-year-olds, only 63% of FPs do the same.

The survey revealed that parents of 19% of girls and 23% of boys ages 11 and 12 who were seen by a pediatrician refuse the vaccine, and the percentages jump to 27% for girls and 26% for boys among FPs.

"We're seeing a lack of understanding from healthcare providers about the need for vaccination early in adolescence and high rates of refusal on the part of parents," said Allison Kempe, MD, MPH, lead author and professor of pediatrics at the University of Colorado School of Medicine in a press release on the study.

"The vaccine is underutilized, with less than half of American adolescents completing the vaccination. We need to maximize methods of introducing the vaccine that we know to be more effective, as well as the use of reminder and delivery methods at the practice in order to improve this rate."

Kempe and her co-authors suggest that all physicians need to talk about the HPV vaccine in a "presumptive" style, introducing it to parents alongside other vaccines seen as part of standard case, such as the recommended adolescent vaccines for meningitis and tetanus, diphtheria, and pertussis (Tdap).

"Physicians who report high levels of refusal or deferral are also less likely to use a presumptive recommendation style. To our knowledge, this has not previously been reported," the authors wrote. "The circular nature of provider anticipation of refusal or deferral potentially leading to a weaker recommendation style and less persistence in responding to parental hesitancy could be creating a self-perpetuating cycle within a subgroup of physicians."

Both pediatricians and FPs in the Pediatrics study cited the major reason of parent refusal was "misinformation the parent receives from the Internet or social media."

In the JAMA Pediatrics research letter, Texas investigators describe widespread misinformation about HPV among US adults who participated in the Health Information National Trend Survey (HINTS-5).

Men were less likely than women to be knowledgeable about the vaccine. And only 19% of men polled said they received an HPV vaccine recommendation from their doctors, compared with 31.5% of women.

"In particular, the lack of HPV knowledge among adults aged 27 to 45 years and 46 years and older is concerning given that adults in these age groups are (or will likely be) the parents responsible for making HPV vaccination decisions for their children," the authors concluded.