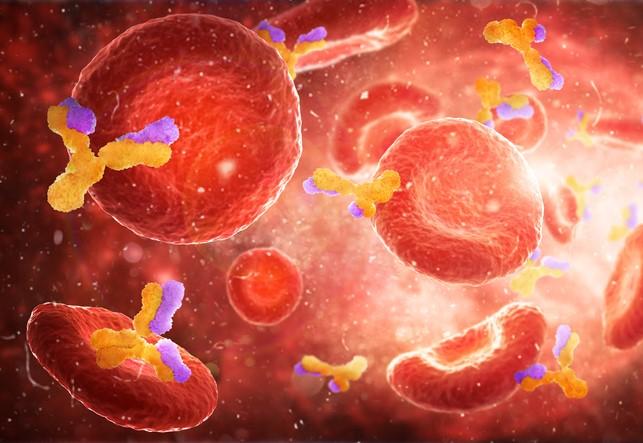 Two studies published yesterday in Science and Science Immunology illustrate how the measles virus causes long-term damage to the immune system, creating a form of immune amnesia that can leave children at an increased risk of illness from other diseases for years.

Lead authors of the studies say the findings bring a new level of urgency in the fight against the resurgence of measles infections seen in the United States and other countries where elimination of the virus was once a given.

"Our study suggests that, more than a rash or a high fever, a measles infection is playing Russian roulette with a child's immune system," said Michael Mina, MD, PhD, assistant professor of epidemiology at the Harvard T.H. Chan School of Public Health.

Mina was the lead author on the Science study, which compared the immune systems of children who had acquired measles infections with those who had not because of routine vaccination with the measles, mumps, and rubella (MMR) vaccine.

Clinicians and epidemiologists have long known that measles infection increases childhood morbidity and mortality for as long as 5 years after illness, and measles in the pre-vaccination era was likely associated with at least half of all childhood deaths from infectious diseases. But Mina’s is the first study to offer biological evidence of this phenomena.

The study subjects came from an Orthodox Protestant community in Holland, where parents largely reject vaccination on religious grounds. Plasma samples were collected from 77 unvaccinated children who contracted measles during an outbreak. Of the 77 children, 34 were reported to have mild measles and 43 to have severe cases.

The researchers compared the plasma of subjects and paired controls using VirScan, a tool that scans a person's antibodies from a small blood sample, allowing the researchers to catalogue the children's history of viral infections and immunity. Mina said this study was VirScan's debut, and showed that the immune systems of the unvaccinated Dutch children who acquired measles during an outbreak were severely impaired following infections.

"In a normal, healthy vaccinated person, we can expected a 5% to 10% drop in antibodies over time," Mina told CIDRAP News.

After severe measles, children lost a median of 40% (range, 11% to 62%), and after mild measles they lost 33% (range, 12% to 73%), of their total preexisting pathogen-specific antibody repertoires. Paired, healthy controls retained approximately 90% of their repertoires over similar or longer durations.

Mina compared the hit to the immune system to the damage done by HIV.

"If you took all of the immunological memory that HIV tears down when it's untreated for 5 to 10 years, that's what you see after one measles infection," Mina said.

Unlike HIV patients, however, children with measles have the chance to rebuild their immune system, Mina said. But that process can take 2 to 3 years.

"It means looking over your child's shoulder during that time," he said. "It really challenges this idea that measles is benign, or that it's okay to get because everyone used to contract it."

In the second study, which involved 23 of the Dutch children, a group of European researchers writing in Science Immunology looked more closely at how measles infections cause an incomplete reconstitution of B cells after infection, which aids in the suppression of the immune system.

The researchers examined B cell receptor sequencing of participants' blood lymphocytes before and after measles infections, and showed that after infection, B cell pools were immunologically immature, and measles depleted previously expanded B memory clones, putting the body at risk for increased infections.

"Given the recent record-high cases of measles, this work encourages the closer follow-up of patients with recent episodes of measles, expansion of measles vaccination campaigns, and monitoring of herd immunity to different pathogens in countries experiencing measles outbreaks," the authors concluded.

This year, the United States came close to losing its measles elimination status after more than 1,200 cases were reported—the most in any year since 1994.

The United Kingdom lost its measles-free designation from the World Health Organization, and several countries, including Israel, Ukraine, and the Philippines, reported large outbreaks.