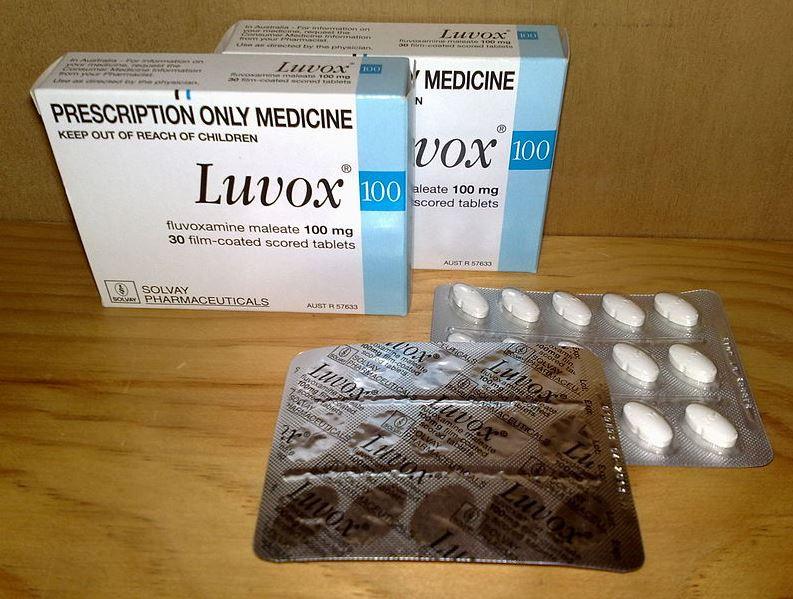 Despite a highlight story on 60 Minutes last month, fluvoxamine, a drug typically used to treat obsessive-compulsive disorder (OCD), is still just a brief mention in the "cytokine inhibitors" section in the New York Times' "Coronavirus Drug and Treatment Tracker."

For now, it makes sense. Fluvoxamine, a serotonin reuptake inhibitor (SSRI), has shown promise in two smaller studies, but larger trials have not been published yet.

Even if the drug becomes a more mainstream treatment for COVID-19, one expert says any demand surge is not expected to result in shortages.

As 60 Minutes tells it, the first COVID-19–related fluvoxamine study began because Angela Reiersen, MD, MPE, was reflecting on potentially relevant medical studies when she herself was sick with COVID in March 2020. There was one that caught her attention: A 2019 Science Translational Medicine study that suggested fluvoxamine lowered inflammatory cytokine production and treated sepsis in mice.

"Mechanistically, we find that S1R [ER-resident protein sigma-1 receptor] restricts the endonuclease activity of the ER [endoplasmic reticulum] stress sensor IRE1 and cytokine expression but does not inhibit the classical inflammatory signaling pathways," write the researchers. "These findings could have substantial clinical implications, as we further find that fluvoxamine, an antidepressant therapeutic with high affinity for S1R, protects mice from lethal septic shock and dampens the inflammatory response in human blood leukocytes."

The same cytokine storm that is mentioned in this study is also an inflammation-causing symptom in COVID-19.

So, Reiersen mentioned it to her acquaintance Eric Lenze, MD, who became the lead author on a preliminary randomized clinical trial published in JAMA in November 2020, with Reiersen as senior author.

In that study, 80 participants with COVID-19 received 100 milligrams (mg) of fluvoxamine three times daily for 15 days, and 72 COVID-19 patients received a placebo. While 8.7% of the placebo group had to be hospitalized within 14 days because of worsening symptoms, none in the intervention group were.

In Lenze's study, he and his research team also discussed the S1R-IRE1 pathway, but in addition, they mentioned other possible mechanisms such as selective serotonin reuptake inhibition of platelet activation, the IRE1's effect on autophagy (cell self destruction as an immune response), and fluvoxamine's potential antiviral effects owing to its ability to enter cells' lysosomes.

The results of this study prompted another case study during a late 2020 COVID-19 outbreak at a horse racing track in California. Sixty-five track workers volunteered to receive 50 mg of fluvoxamine twice a day, and the 48 who declined were used as comparison. Similar to the first study, none who received fluvoxamine had clinical deterioration after 14 days; whereas, 12.5% of those who didn't receive fluvoxamine did and 60% still had symptoms, according to the results published in Open Forum Infectious Diseases.

As of yesterday, ClinicalTrials.gov shows that three studies are recruiting to assess fluvoxamine's effect on COVID-19. In one, researchers will randomize 880 to 1,100 Americans 30 and older who have mild COVID-19 and plans to follow them for 15 days, and another is designed to recruit 400 South Koreans with mild to moderate COVID-19 for a 10-day study.

The goal of the third study is to enroll about 2,700 Brazilians who have mild COVID-19 for a 1:1:1:1 ratio across fluvoxamine, metformin, and ivermectin, the latter of which recently had unpromising results for mild COVID results in JAMA.

If the demand for fluvoxamine does increase, it is not expected to cause drug shortages in the US market.

In 1994, fluvoxamine became the US Food & Drug Administration's (FDA's) first approved SSRI, although it has been used internationally in clinical practice since 1983. Solvay was the first and exclusive manufacturer, selling fluvoxamine under the brand name Luvox.

Currently, the FDA reports seven companies that hold approved abbreviated new drug applications to manufacture fluvoxamine, and several other firms have entered and exited the market over the past decade. Unlike many other generic drugs that are made primarily in India, China, or other countries, much of the fluvoxamine is produced in US facilities.

There are at least five manufacturers in the United States who make the active pharmaceutical ingredient known as fluvoxamine, as well as companies in Canada and India, according to Stephen W. Schondelmeyer, PharmD, PhD, co-principal investigator of the Resilient Drug Supply Project at the University of Minnesota.

"Drug shortages are less likely to occur when there are multiple active ingredient manufacturers, when some of that production is based in the United States, and when there is continued strong demand for the drug," he adds.

Although the generic market is known to lower the price and profitability of a drug, demand for fluvoxamine continues to be substantial for OCD, as well as off-label for social anxiety disorder and other conditions. Drugs.com lists the cost for a bottle of 100 25-mg oral tablets around $79, but the US market demand was enough to pull in approximately $28 million in sales from September 2018 to September 2019, according to Upsher Smith, one of the drug's generic manufacturers.