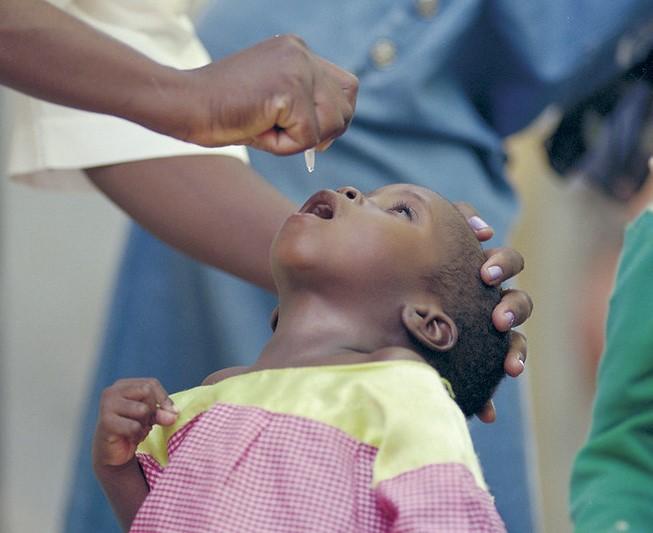 Wild poliovirus type 3 (WPV3) has been eradicated worldwide, according to an independent commission of experts. The news comes today—World Polio Day—and means two of the three wild poliovirus strains are now eradicated.

The last case of WPV3 was detected in northern Nigeria in 2012. In 2015, wild poliovirus type 2 was declared eradicated from the world

"The achievement of polio eradication will be a milestone for global health. Commitment from partners and countries, coupled with innovation, means of the three wild polio serotypes, only type one remains," said Tedros Adhanom Ghebreyesus, PhD, director-general of the World Health Organization (WHO) and chair of the Global Polio Eradication Initiative (GPEI) polio oversight board, according to a WHO story. "We remain fully committed to ensuring that all necessary resources are made available to eradicate all poliovirus strains."

According to the WHO, no WPV3 exists anywhere in the world, apart from specimens locked in secure containment.

Eradication would save billions, officials say

"This is a significant achievement that should reinvigorate the eradication process and provides motivation for the final step—the eradication of wild poliovirus type 1 [WPV1], " said David Salisbury, MD, the chair of the independent Global Commission for the Certification of Poliomyelitis Eradication. "This virus remains in circulation in just two countries: Afghanistan and Pakistan." Salisbury made the remarks during a World Polio Day celebration in Geneva today.

Salisbury also said no WPV1 has been detected anywhere on the African continent since 2016. Several African nations, however, are still reporting cases of circulating vaccine-derived polioviruses.

Today the GPEI also presented the 2019-2023 Investment Case, which argues that a sustained polio-free world will generate $14 billion in savings by 2050, compared with the cost countries would incur for controlling the virus indefinitely, the WHO story noted.

The GPEI said eradication efforts have already produced a savings of more than $27 billion in health costs since 1988.

According to the latest update from the GPEI today, Afghanistan has two new WPV1 cases this week, and Pakistan has 4 new WPV1 cases. To date, there have been 94 wild poliovirus cases reported in 2019, compared to 33 in all of 2018.

In addition, several African nations reported single cases of vaccine-derived polio: Chad, Benin, the Democratic Republic of the Congo, Ghana, Ethiopia, Togo, and Zambia. Many of these cases are linked to the Jigawa outbreak in Nigeria.