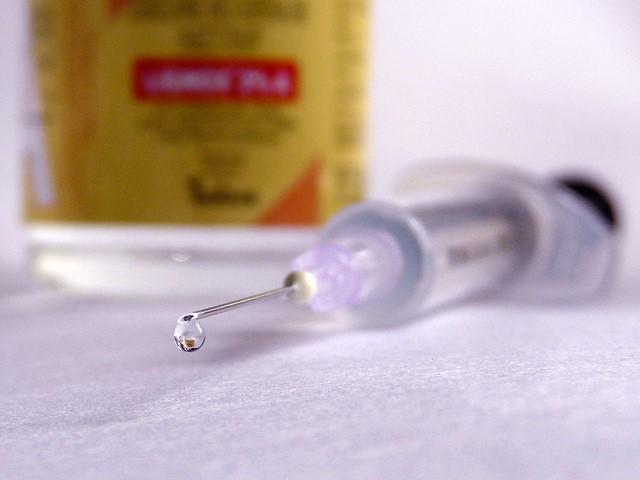 Doctors Without Borders (MSF) yesterday sent an open letter to the Coalition for Epidemic Preparedness and Innovations (CEPI) expressing concerns about recent revisions to its equitable access policy that it says weakens guarantees that countries can buy vaccines developed with CEPI support at an affordable price.

In a statement today, CEPI said its commitment to access hasn't changed, but the earlier draft of the policy was overly prescriptive and has been a barrier to potential partners.

MSF sent the letter to CEPI ahead of its board meeting in Tokyo, slated for Mar 7 and 8, and the letter was signed by Joanne Liu, MD, MSF's international president, and Els Torreele, PhD, executive director of the MSF Access Campaign. The group has been instrumental in pushing for affordable access to vaccines, waging a 7-year campaign that led to lower-priced pneumococcal conjugate vaccine (PCV) for developing countries that incorporate it into their childhood vaccination campaigns.

CEPI was founded in 2017 in the wake of West Africa's Ebola outbreak as a novel way to fund and speed the development of new vaccine candidates against emerging infectious diseases, especially three priority ones: Middle East respiratory syndrome coronavirus (MERS-CoV), Nipah virus, and Lassa virus. It is supported by the governments of Norway, Germany, India, Japan, Belgium, Canada, and Australia, plus groups including the Bill & Melinda Gates Foundation, Wellcome Trust, World Economic Forum, Medical Research Future Fund, and European Commission.

So far, CEPI has funded 21 vaccines, and its investments have totaled $350 million over the past year.

In its letter, MSF said it has witnessed the deadly impact of inequitable access to drugs and vaccine during its frontline role in responding to medical humanitarian crises. The agency added that, for the past 20 years, it has pushed for governments, organizations, and civil society to ensure medical innovations are available to the people most in need.

MSF said it was involved with CEPI in its early months and contributed to helping shape its policy to ensure affordable access to CEPI-funded vaccines and that Liu was on CEPI's board until her term expired in 2018. It said the initial policy contained enforceable pricing and intellectual property commitments and transparency provisions.

MSF added that over the summer it worked with CEPI on proposed revisions, including a proposed Access Advisory Committee, and that it raised concerns about weakening of the initial access policy at the October 2018 board meeting.

In the letter, MSF said it was disappointed in revisions to the equitable access policy that were made during CEPI's December 2018 board meeting in response to industry dissatisfaction, which it calls "an alarming step backwards for the organisation, because it no longer guarantees the vaccines CEPI funds will be made available at an affordable price." Instead, MSF said the policy only consists of a broad statement of principle.

"We were disappointed to learn that it was replaced by a vague, toothless and weak new policy in December 2018, disregarding our concerns and proposals, while delegating the development of more detailed, but secret, implementation guidance to the Secretariat," Liu and Torreele wrote.

They urged the board to reconsider its changes at its meeting this week in Tokyo. "CEPI must live up to its promises to break new ground in vaccine R&D and do things differently. At a minimum, this requires the Board to step up now and reintroduce an unapologetic commitment to affordable access and transparency."

In its response to the letter today, CEPI said it shares MSF's view on the importance of access to the needed vaccines and that it was already engaging with affected countries to ensure that people who need the CEPI-funded vaccines get them.

The initial access policy was overly proscriptive and has been a barrier to many potential partners, it said. "So, we have learned that to make equitable access a reality not just an aspiration we need a principles-based approach that enables and requires us to deploy a range of context-specific approaches to achieve the goal."

In practical terms, that means embedding the equitable access principle in legally binding agreement with vaccine development partners and include mechanisms for achieving access, such as establishing access requirements—including price—for affected populations or ensuring that data from the research CEPI funds are rapidly and openly available.

CEPI emphasized that access will be delivered in all circumstances, not just the ones spelled out in the earlier version of the policy.

"We appreciate that it's important this commitment is visible and understood by our partners," CEPI said, adding that it will publish how access is being achieved for its developing vaccine portfolio by the end of March.