WHO plans to stretch vaccine as yellow fever persists in Africa 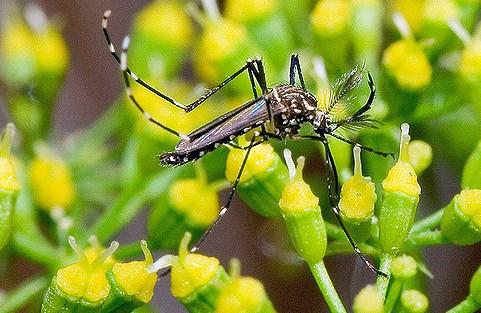 Yellow fever still stubbornly persists in Angola's main hot spot, despite a major influx of vaccine, with the outbreak spreading to new areas, the World Health Organization (WHO) said today, as news emerged that WHO officials are working on a proposal to stretch the limited supply of vaccine.

In other new developments, 1 yellow fever case has been confirmed among 22 suspected cases in Ethiopia, and health officials are probing a suspected case and several earlier cases of fever with jaundice in the Republic of Congo.

Angola's outbreak and a related event in the Democratic Republic of Congo (DRC) is still concentrated in its main cities, and global health officials remain highly concerned over the threat of wider international spread, especially in countries that neighbor Angola, such as Namibia and Zambia where people aren't vaccinated, because the risk was previously thought to be low.

Meanwhile, DRC reported the first locally transmitted case from Kimbanseke district in Kinshasa province, an area where the population isn't vaccinated, the WHO said. Also, five cases imported from Angola's Luanda Norte province have been confirmed in DRC's Kwango province, raising concerns that the disease could spread to other provinces, especially Kasai, Kasai Central, and Lualaba.

Overall, DRC has 57 confirmed cases, 51 of them imported from Angola. Two are sylvatic cases (from wild animals) in northern provinces, and four are locally acquired cases in Matadi and Kwango provinces.

In an unrelated outbreak in Uganda, the number of suspected infections held steady at 68. So far, lab tests have confirmed seven cases in three districts.

Investigations under way in other countries

In its report last week, the WHO said suspected cases were reported in the Republic of Congo, Ethiopia, and Sao Tome and Principe. In this week's follow-up, it said investigators have retrospectively identified 11 cases with fever and jaundice in the Congo, 6 involving unvaccinated people.

Meanwhile, Ethiopia is investigating 22 suspected cases, and of 19 samples tested, 1 was positive for yellow fever antibodies. The country experienced its last outbreak in 2013, an event that prompted a vaccination campaign.

Ghana has reported four suspected yellow fever cases in two regions, the WHO said. Though investigations are under way to identify any possible links to Angola or DRC, the cases are probably sylvatic, because the disease is endemic in the affected areas.

Two suspected cases in Sao Tome and Principe have been discarded after previous vaccination was documented for both individuals, the WHO said.

In South America, Peru is reporting an outbreak in an endemic area that isn't thought to pose a threat to the Pacific coast, and Brazil continues to report sporadic cases, the WHO said. Though the events aren't related to Angola's outbreak, they add to the demand on the limited vaccines stockpile, it added.

The WHO is working on a plan that would advise countries to use one-fifth the standard dose of the vaccine, Stat News reported today, citing Alejandro Costa, MSc, the WHO's team lead for emergency vaccination and stockpiles.

The proposal involves reducing the dose, then revaccinating people who received the lower dose later when vaccine supplies are more plentiful, Costa told Stat. He added that the plan could be submitted to the WHO's Strategic Advisory Group of Experts on Immunization as early as next week.

Some experts have been calling for the WHO to recommend fractional doses, and though studies on yellow fever vaccine, mainly conducted in Brazil, have suggested that much lower doses are protective, the studies didn't include children, who typically need higher doses, Stat reported.

In the middle of May after a WHO emergency committee met and decided the yellow fever developments didn't constitute a public health emergency of international concern, WHO officials had said the existing vaccine supply could handle current outbreaks.

Costa told Stat, however, that an outbreak in the megacity Kinshasa, DRC's capital, could trigger the plan to use the smaller dose. The goal of yellow fever vaccine campaigns is to reach about 90% of the population, but Kinshasa's population of 12 million to 14 million would overwhelm the WHO's 6-million-dose stockpile.

In a New England Journal of Medicine perspective piece yesterday, Alan Barrett, PhD, who directs the Sealy Center for Vaccine Development at the University of Texas Medical Branch at Galveston, suggested fractional doses and other methods could be used to boost the yellow fever vaccine supply. He said modernized production processes that lower the amount of vaccine virus per dose would be one option for addressing the shortage.