WHO: Local Zika cases in 33 nations as GBS numbers climb 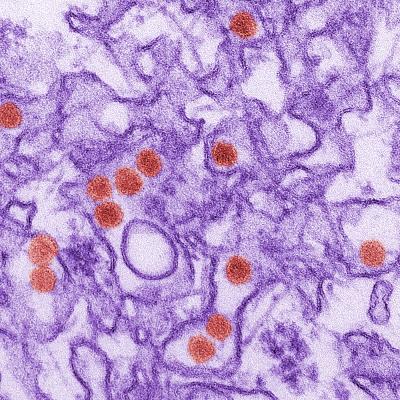 Countries and territories reporting local transmission of Zika virus now number 33, with 6 more showing indication of such transmission and 7 experiencing a parallel rise in cases of microcephaly (small heads in infants) or the neurologic condition called Guillain-Barre syndrome (GBS), the World Health Organization (WHO) said in an update today

And the European Centre for Disease Prevention and Control (ECDC) published a Zika virus epidemiologic update that noted imported cases to France and New Zealand involving neurologic complications. The public health emergency declared by the WHO on Feb 1 focused on the potential link of microcephaly and GBS to Zika infection.

The WHO noted that 26 countries in the Americas have reported locally transmitted Zika virus disease, which the Pan American Health Organization has already noted. The WHO also listed local Zika cases in Cape Verde, the Maldives, Fiji, Tonga, Samoa, the Solomon Islands, and Vanuatu.

In addition, it said that Gabon, Indonesia, Thailand, Cambodia, the Philippines, and Malaysia have reported indirect evidence of local spread of the virus.

"Further spread to countries within the geographical range of competent disease vectors — Aedes mosquitoes — is considered likely," the WHO said.

Brazil, Colombia, El Salvador, Suriname, and Venezuela have observed an increase of GBS as Zika cases mount, the WHO said, much as French Polynesia did in 2013-14 during its Zika outbreak.

Colombia, which typically has 242 GBS cases in a year, by Jan 30 already had 86 GBS cases, the agency noted. El Salvador saw a similar recent surge. From Dec 1, 2015, through Jan 6, the Central American country had 46 GBS cases, compared with an annual average of 169. Of 24 with available information, 12 had a febrile rash before GBS symptoms, which is a possible indication of Zika virus infection.

In its epidemiologic update today, the ECDC said French officials reported an imported Zika case on Feb 3 that involved neurologic complications. Eight other imported cases did not.

And on Jan 29 New Zealand's Ministry of Health reported on a patient with GBS who had a lab-confirmed case of imported Zika virus infection, the ECDC added.

A CNN opinion piece yesterday by Ford Vox, MD, who specializes in rehabilitation medicine, shined a spotlight on what makes GBS so concerning.

"GBS hits all the criteria for a modern medical odyssey: It is mysterious in origin, requires some detective work, it carries the risk of death, it requires prolonged intensive care, it strains families, it can ruin finances, and in some cases it leads to lasting loss of function – paralysis," Vox, of Atlanta, wrote.

"Diagnosing and treating GBS demands a high degree of medical expertise backed up by the full spectrum of services available in the modern health care system. Even in the United States, GBS is one of the more dramatic and systemically taxing conditions we treat."

In drilling into the microcephaly numbers, the WHO said that Brazilian scientists have completed the investigation of 1,113 of 4,783 cases of microcephaly reported from October 2015 till late January.

Of the 1,113 cases, microcephaly was ruled out in 709, Zika infection was lab-confirmed in 17, and radiologic findings consistent with a congenital infection were noted in 387. Of the 17 lab-confirmed cases, 2 involved miscarriage and 15 live births, all in northeastern Brazil.

Of the 76 reported deaths caused by congenital malformations, Zika virus was confirmed in the tissue of 5 fetuses, all from northeastern Brazil. "Although the microcephaly cases in Brazil are spatio-temporally associated with the Zika outbreak, more robust investigations and research is needed to better understand this potential link," the WHO said.

The agency also noted that, in light of microcephaly in Brazil, a review of data in the French Polynesia outbreak found that 18 cases of central nervous system disorders in babies were noted in those born from March 2014 to May 2015. Of the 18 cases, 9 involved microcephaly. The national average is 0 to 2 microcephaly cases per year.

The WHO also fleshed out some recommended response steps first laid out by the emergency committee that declared the public health emergency on Feb 1. It emphasized a flexible plan.

The agency said, "A global response is needed to monitor and assess the likely continued spread of Zika virus across regions." The WHO will support affected countries in their communication efforts, help them build capacity for outbreak prevention and control, support research, and build consensus on scientific evidence, among other steps.

"Because the science, and therefore the risk, is not well-understood, the global response needs to be coordinated and adequately-resourced with rapid investigations to understand and then mitigate the impact of Zika virus disease, particularly neurological or auto-immune syndromes and other complications," the WHO said.

The agency has activated an incident management approach across the organization.

The WHO also spelled out specific response steps in these areas: (1) Aedes mosquito control, (2) personal and household protection against mosquitoes, (3) advice for pregnant women, and (4) travel recommendations. In contrast to the US Centers for Disease Control and Prevention, the WHO does not urge travel restrictions to affected regions.