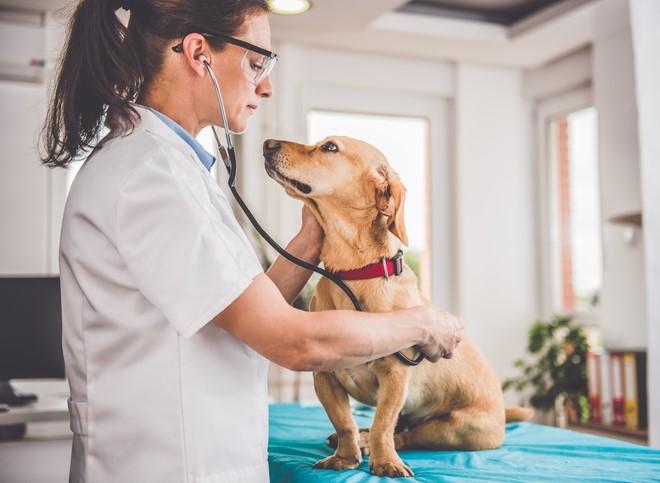 On Apr 1, 2019, Shelley Rankin, PhD, the chief of clinical microbiology at the University of Pennsylvania's School of Veterinary Medicine, got a surprising notification from the US Food and Drug Administration (FDA).

Four times a year, Rankin and her colleagues at PennVet ship off bacterial isolates from the school's veterinary hospitals to the FDA's Veterinary Laboratory Information and Response Network (Vet-LIRN). PennVet is among a network of veterinary labs across the country that submits animal isolates for antibiotic resistance surveillance and whole-genome sequencing.

The notification Rankin received from Vet-LIRN that day regarded a set of isolates submitted at the end of 2018. Among the isolates was a sample of carbapenem-resistant Escherichia coli from one of a handful of sick cats and dogs treated at PennVet's Ryan Veterinary Hospital in July and August of 2018.

Since none of the animals had previously been treated with carbapenems, a last-resort antibiotic, Rankin and her colleagues suspected that Vet-LIRN might find a carbapenem-resistance gene in the E coli isolate. But it wasn't the gene they expected to find.

In Philadelphia's numerous human hospitals, Rankin explained, there's a reasonably high prevalence of Klebsiella pneumoniae carbapenemase (KPC) genes among patients with carbapenem-resistant and carbapenemase-producing Enterobacteriaceae (CRE and CPE) infections. So they suspected the E coli from the dogs and cats might harbor KPC genes.

But the gene identified by Vet-LIRN was New Delhi metallo-beta-lactamase-5, or NDM-5, a gene that confers elevated resistance to carbapenems. In the United States, the gene has been detected in only a few human bacterial infections, and never in companion animals. Only a handful of cases in dogs have been reported worldwide.

Testing of six more E coli isolates from animals treated at the hospital during the period detected the NDM-5 gene in all of them, and sequencing revealed genetic similarities among the isolates, indicating a unique cluster, or outbreak, of cases.

"We were a little surprised that it was a completely new resistance mechanism for us," said Rankin. "This is brand new for us in veterinary medicine."

A One Health conundrum

The report on the outbreak, which appeared this week in Emerging Infectious Diseases, raises a lot of questions. Although the number of dogs and cats affected was small—14 over several months—and it's still unclear whether they were infected with the pathogen or colonized, Rankin said what remains unknown is how the animals acquired NDM-5–producing E coli, where these resistance genes are lurking, and how easily they can be transmitted between animals and humans.

"It's the quintessential One Health problem," she said.

"Is this organism now circulating in the environment in and around Philadelphia and New Jersey? How do we determine that?" Rankin asked. "If we show that animals are colonized…does that mean they are now a reservoir for infections in humans? Did they get it from humans in the first place? Is it in the dog parks?"

CRE and CPE, which are on the Centers for Disease Control and Prevention's list of urgent drug-resistant threats, are among the most difficult bacterial pathogens to treat because they are frequently resistant to several classes of antibiotics. Although the prevalence in US hospitals is low, and the pathogens are rare in US veterinary hospitals, the growing spread and transmission of carbapenemase genes like NDM-5—which can be shared among different species of bacteria—is a public health threat that physicians are wrestling with. And veterinarians are likely to see more cases in the coming years.

While CPE have mainly been a concern in healthcare settings, finding these pathogens in companion animals isn't surprising, said Scott Weese, DVM, a veterinarian and microbiologist who studies bacterial infections in humans and animals at the University of Guelph in Ontario.

"CPE can be found in various species, and spillover into dogs and cats is expected," he said. The most likely source is pet owners who are infected or colonized. But food, particularly raw meat, could be another source. Weese noted that dogs that have been fed raw meat have been found to have high rates of shedding of extended-spectrum beta-lactamase genes.

"So if CPE builds up in the food animal population, that type of exposure is inevitable," he said.

Weese added that, for him, the report further highlights the importance of good routine infection control in veterinary hospitals to prevent the spread of these pathogens.

"As an internist and someone who directs a referral facility's infection control program, this report doesn’t change anything I do," he said. "It just helps maintain motivation to do things right and is another example I can point to of why we need to do things right."

Rankin said that since the outbreak, PennVet has been working with Philadelphia's Department of Public Health to update the hospital's infection prevention and control measures. One strategy they've initiated is a program of admission and discharge screening for CRE.

Rankin said that while seeing a CRE outbreak in veterinary medicine did not come as a surprise, especially at a large veterinary hospital, she and her colleagues were not prepared for it, and she doesn't think the profession is prepared for it. She's hoping that getting the word out about the outbreak, and having discussions with public health agencies, human medical colleagues, and experts in environmental monitoring, will result in some guidance for veterinarians.

"It's a really good One Health opportunity," she said. "It's a great opportunity to bring everyone together."