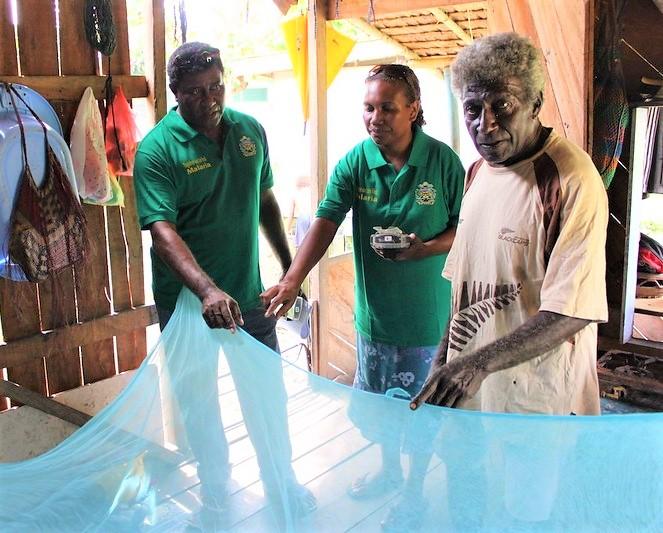 Despite great strides to eliminate malaria over the past two decades, control of the disease in recent years has plateaued, writes the World Health Organization (WHO) in "World Malaria Report 2020: 20 years of global progress and challenges."

Since 2000, 1.5 billion malaria cases and 7.6 million malaria-related deaths have been prevented, according to the report.

Approximately two thirds of malaria-related deaths are among children under 5 years old.

Much of the WHO's analysis around malaria is viewed through the lens of the 2015 global technical strategy for malaria (GTS), which set forth milestone targets through 2030 to reduce cases and mortality rates by 90%. The GTS' goals for 2020 included a 40% reduction of malaria cases and related mortality rates; the world's totals miss the mark by 37% and 22%, respectively, according to the WHO report.

"It is time for leaders across Africa—and the world—to rise once again to the challenge of malaria, just as they did when they laid the foundation for the progress made since the beginning of this century," said Tedros Adhanom Ghebreyesus, PhD, WHO director-general, in a press release. "Through joint action, and a commitment to leaving no one behind, we can achieve our shared vision of a world free of malaria."

While COVID-19 has not caused huge disruptions in malaria prevention campaigns, the WHO warns that even moderate disruptions can trigger catastrophic consequences. Modeling suggests that disruption in 10% of treatment access can cause 19,000 deaths in sub-Saharan Africa in 2020, and 25% and 50% treatment reductions can cause 46,000 and 100,000 deaths, respectively.

Malaria case incidence went down 27%—from 80 to 58 cases per 1,000 people—from 2000 to 2015, but in 2017 the WHO said that global response reached a "crossroads." Malaria was declared eliminated from six countries at this point, but 2017 World Malaria Report estimates showed that most malaria-affected countries were not on track with their reduction targets. (From 2015 to 2019, case incidence reduced by only 2%.)

To help remedy this, a "high burden, high impact" (HBHI) approach was launched in 2018, targeting the 11 countries that accounted for 70% of the world's malaria cases. Of these, 10 are in sub-Saharan Africa, and all but Mali have formally begun activity to employ better interventions and prioritize resources. Similar to the WHO's pivot from, as the report puts it, "a prescriptive set of statements to instead providing problem-solving tools," the HBHI approach also allows countries to tailor their responses.

The first step in the process is to begin mapping out the effects of malaria, demographics, and the available public health resources across the country. Then modeling can help show which targeted interventions may help the most.

In Nigeria, for instance, mapping helped the National Malaria Strategic Plan create a strategy to allocate support to states that did not receive assistance from other major donors, increase the number of children covered by seasonal preventive malaria drugs from 4 million to 16 million, provide piperonyl butoxide (PBO) nets for more than 160 million people, and more.

The report estimates that, by finding sufficient funding and implementing these tactics, in 2023, children under 5 years of age would have a 16% infection prevalence, down from 28% in 2020, and 73 million malaria cases and 66,000 deaths could be avoided.

By fall 2020, reports in 32 countries have confirmed that some malaria-carrying parasites no longer carry some of the histidine-rich proteins flagged in most rapid diagnostic tests (RDTs), 12 years after the first false-negative tests began appearing. While the WHO global response plan includes finding new biomarkers and improving RDTs that rely on other proteins, many of the studies thus far are still in the investigatory stage.

Changes in drug and insecticide resistance have also complicated efforts to contain the disease and its mosquito vectors.

Artemisinin resistance in malaria infections was getting so prevalent in the Greater Mekong subregion that, in 2012, the WHO and other partners launched the Mekong Malaria Elimination program to try to eliminate the disease before resistance became too widespread. In six countries of Greater Mekong, malaria cases fell by 90% in 2019, including 97% of cases caused by Plasmodium falciparum, the parasite exhibiting resistance. Currently, this parasite variant has not been reported in other parts of the world.

The report says resistance to pyrethroids, the only insecticide class used in insecticide-treated nets (ITNs), has been found in at least one malaria-carrying mosquito in 69.9% of sites that collected data on it. The WHO recommends using pyrethroid-PBO nets when possible.

Nets have been an integral part of prevention, with more than 1 billion ITNs distributed globally by 2015. Historically, the continued, subsidized supply of treated nets has been credited with reducing the caseload in sub-Saharan Africa.

"The plateauing of the burden of malaria at what is still a very high level is a wake-up call," the WHO writes, "drawing attention not only to the need to innovate against the vector and the parasite—by developing new tools, strategies and problem-solving approaches at the frontline of malaria control—but also to ensure that the global response evolves."

WHO experts call for new tools to eradicate malaria