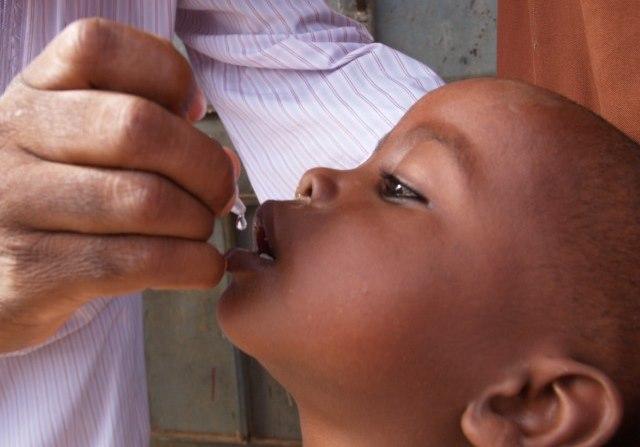 The WHO no longer recommends a schedule with oral polio vaccine only., Courtesy of GPEI

The United Nations Children's Fund (UNICEF) recently announced that inactivated polio vaccine (IPV) will be available to low-income countries for as little as $1 a dose, as global health groups push for introducing the vaccine into routine immunization programs by the end of next year.

The Feb 28 announcement was made the same day the World Health Organization (WHO) issued an updated position paper on polio vaccines, calling for using IPV to guard against the possible risk of re-emergence of type 2 polio after the withdrawal of oral type 2 vaccines.

The European Centre for Disease Prevention and Control (ECDC) chimed in on the same day with recommendations for detecting and controlling polio in Europe, in response to the recent detection of wild-type polio viruses in Israel and an outbreak of the disease in war-torn Syria.

IPV requires an injection and is considerably more expensive than oral vaccines. UNICEF said, however, that its bidding process has made it possible to offer IPV at affordable prices. The aim is to help introduce the vaccine in accordance with the "ambitious timeline" of the Global Polio Eradication Initiative's (GPEI's) Eradication and Endgame Strategic Plan 2013-2018.

The vaccine will be available to countries supported by GAVI (the GlobalAlliance for Vaccines and Immunization) for as low as 0.75 euros, or about $1 US, per dose in 10-dose vials, UNICEF said.

That compares with an average of about 13 US cents per dose of oral polio vaccine (OPV), according to GPEI data.

"GPEI's plan calls for the introduction of IPV into routine immunisation programmes globally by the end of 2015," UNICEF said. "More than 120 countries have yet to introduce IPV, more than half of which are eligible for GAVI support."

The goal is to achieve broad use of IPV before the phased removal of OPV between 2016 and 2018, the agency said.

Last year GAVI vowed to support the introduction of IPV in up to 73 countries, the statement said, adding that those countries are expected to begin using the vaccine before the end of this year.

Although polio incidence has dropped more than 99% since the goal of eradication was set in 1988, it remains endemic in Afghanistan, Nigeria, and Pakistan. Also, the Horn of Africa, Cameroon, and parts of the Middle East reported circulation of wild polio virus type 1 (WPV1) in 2013 following imported cases. In 2012 and 2013, 223 cases and 403 cases were reported worldwide, the WHO said in a report in its Weekly Epidemiological Record.

Two of the three types of wild polio virus, 2 and 3, appear to have stopped circulating, the report notes. The last illness caused by naturally occurring WPV2 was reported in India in 1999, and no case due to WPV3 has been seen since Nov 10, 2012.

OPVs use attenuated (weakened) viruses. In rare cases, after replicating in an individual or a community for a long time, these may regain the virulence and transmissibility of wild polio viruses and cause illness, the WHO noted. It said recent experience suggests that low vaccination coverage is a major risk factor for outbreaks of these vaccine-derived polio viruses (VDPV). The risk of VDPV outbreaks is greatest with type 2, according to previous reports.

OPVs are currently available in several forms. Trivalent OPVs targeting all three types are used in many countries for routine or supplementary vaccination, while bivalent vaccines for types 1 and 3 are also available, the report explains. Monovalent formulations for type 2 only have also been licensed but are expected to be used mainly to fight outbreaks.

IPV targets all three polio types. The report says the vaccine may contain formaldehyde, which is used to kill cell-culture-derived polioviruses, and traces of antibiotics. Some formulations contain a preservative, 2-phenyoxyethanol, but the mercury-based preservative thimerosal is not used in IPV.

The WHO "no longer recommends an OPV-only vaccination schedule," the report states. "For all countries using OPV only, at least 1 dose of IPV should be added to the schedule. The primary purpose of the IPV dose is to maintain immunity against type 2 polio viruses during and after the planned global withdrawal and switch" from trivalent to bivalent oral vaccines.

Depending on the timing of IPV administration, the vaccine may reduce the risk of vaccine-associated paralytic polio (VAPP), the report continues. "Adding an IPV dose will boost both humoral and mucosal immunity against poliovirus type 1 and 3, which may also hasten the eradication of these WPVs."

It says this recommended schedule does not eliminate the need for supplemental immunization activities in countries that need them to increase population immunity.

In other recommendations, the WHO says residents of countries that have polio activity should complete a full course of vaccination before traveling abroad, with one dose of IPV or OPV within 4 weeks to 12 months before the trip.

ECDC urges governments to be on guard

The ECDC, in a technical report, calls on European countries to assess and strengthen their polio defenses in the face of the recent polio outbreaks in Syria and the Horn of Africa and the detection of WPV in Israel. Europe was certified as polio-free in 2002.

In case of an outbreak in Europe involving sustained transmission, monovalent or bivalent OPV is the vaccine of choice for responding, the agency says. But that may be a problem because OPV is not routinely used in Europe, except in Poland. OPV is licensed in only five European countries, the report explains.

"Countries need to take early action regarding licensing to ensure availability of OPV before they are faced with poliovirus introduction, and possible public resistance to an unauthorized product used under emergency provisions," the report states.

It says that in case of an outbreak, European countries would have access to the global emergency stockpile of OPV maintained by the WHO and UNICEF. If OPV is used, the ECDC advises, public messages "should clarify that there is virtually no risk of VAPP from OPV use in persons previously vaccinated with IPV."

The agency says IPV could be used in outbreak response when there is no evidence of widespread or sustained WPV transmission.