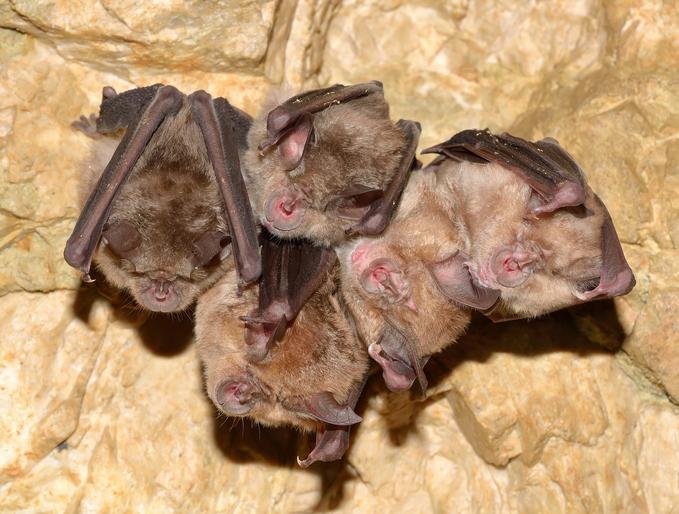 Chinese researchers who spent 5 years examining SARS-related viruses collected from horseshoe bats in a Yunnan province cave found 11 new strains that have all the genetic building blocks of the strain that has infected humans, hinting that recombination between the bats' viral strains may have produced the ancestor of the deadly outbreak.

Experiments showed that some of the newly identified strains can enter human cells using the same cell receptor as the SARS (severe acute respiratory syndrome) virus. The team reported its findings yesterday in PLoS Pathogens.

The epidemic began in 2002 in southern China, and over the next year it involved nearly 8,100 cases, 774 of them fatal, in 37 countries. Researchers have traced the source of the virus to horseshoe bats, with palm civets as the intermediate host. However, earlier gene studies have shown that SARS strains in bats are distinct from strain that triggered the human outbreak, obscuring a clear understanding of how the outbreak started.

In an earlier study, they reported four novel coronaviruses from the cave's bats that were a bit more closely related to the human epidemic strain than had been seen before.

Of 602 specimens they collected, 84 tested positive for coronaviruses. Sequencing found that most were SARS-related viruses. The team identified 11 new strains, then fully sequenced them to look for clues as to how they were related.

They found that the new strains, plus several identified earlier from the same cave, had all the essential building blocks of the human SARS virus. For some, the S-gene segment was highly similar to the segment of the human virus strain.

Genetic recombination between precursor strains could have produced the newly identified strains, one of which might be a direct ancestor of the human SARS virus, the team hypothesized.

Weighing the threat to humans

To asses if the newly identified viruses might have the capacity to infect humans, they conducted lab tests with a human cell line. Three of the new viruses, all with different S-protein sequences, were able to use the same receptor as the SARS virus to enter human cells, hinting that the cave's bats harbor diverse SARS-related viruses that may be able to infect humans.

The SARS-related viruses found in Yunnan are more closely related to the human virus than those found in other parts of China, suggesting that the province or southwest China is more likely than other regions to be the source of the SARS virus, the authors wrote, adding that other caves harbor similar bat species, and more extensive surveillance is needed.

The cave that was the study setting isn't much different than others in Yunnan province, but its population is especially dense during the reproduction season, the group said. It's possible that SARS-related virus gene pools may exist elsewhere, but so far evidence for the source points to recombination in the horseshoe bat reservoir, they added.

Spillover of a SARS-like virus to humans remains a threat, and the team noted that the closest village to the cave they studied is less than 1 mile away. They proposed monitoring the evolution of SARS-related viruses at it and other sites, along with ongoing assessment of risk factors and serologic surveys to see if viruses are already jumping to humans.