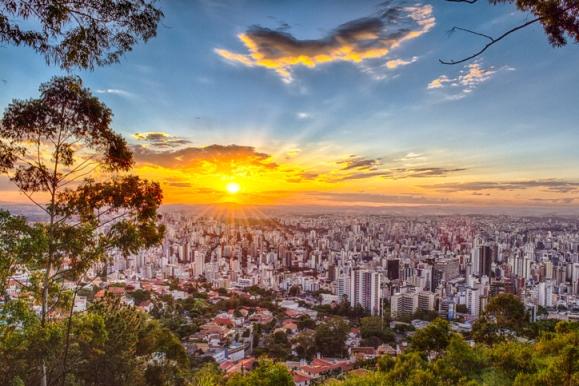 In the first month of 2017, Brazil has seen 712 suspected cases of sylvatic, or jungle, yellow fever, the vast majority in Minas Gerais, a rural state where 40 have already died from the mosquito-borne disease. According to The Rio Times today, Minas Gerais has 109 confirmed cases, a number that alarms mosquito experts.

"This is a fivefold increase in less than 1 month," said Duane Gubler, ScD, MS, former director of the US Centers for Disease Control and Prevention's (CDC's) Division of Vector-Borne Infectious Diseases. "That's an unusual number for sylvatic yellow fever."

While yellow fever is not a new threat to Brazil, this is the country's largest outbreak since 1980, according to The Rio Times. In 2000, Brazil had an outbreak with 85 confirmed cases and 40 deaths. In addition to Minas Gerias, there three other rural states, Espirito Santo, Bahia, and Sao Paulo, have reported a smattering of cases.

"We have a tendency to assume everything is okay until it erupts into a real crisis," Gubler said in an interview. "If anyone could contain a yellow fever outbreak, Brazil could, but I'm still concerned with the large increase in cases."

At this point, the cases of sylvatic yellow fever are being spread by Haemagogus mosquitoes, which live in the country's jungles. During sylvatic outbreaks, mosquitos spread the flaviviridae virus among non-human primates, then humans.

Most sylvatic outbreaks are considered "spill-over outbreaks" and contained to the areas immediately surrounding the jungle. But as the world saw last year in Angola, humans can carry the disease from rural to urban centers and spark a larger outbreak.

Gubler said the hugely populated cities along Brazil's eastern seaboard, which are home to a robust population of Aedes aegypti mosquitoes, could see a spike in yellow fever cases if the sylvatic outbreak is spread by rural travelers. Ae aegypti can spread yellow fever, as well as Zika and dengue.

"Travelers can move yellow fever very quickly," said Gubler. "And as we saw with Zika this year, Brazil has a huge Aedes population in its cities."

As of now, researchers in Brazil do not believe Aedes are involved in any transmission of yellow fever. According to Reinaldo de Menezes Martins, MD, a physician with Fiocruz, Brazil's ministry of health, the outbreak has grown for a number of reasons.

"These are rural areas, hard to reach people, who had very low YFV [yellow fever vaccine] coverage, although mostly were areas with recommendation for YF routine vaccination," Martins explained in an email. "Most cases are in adult males, [who are] not vaccinated."

Martins also explained that sylvatic yellow fever outbreaks are cyclical, the last one happening in Brazil approximately 8 years ago. A warm and rainy winter, coupled with advancing deforestation in Minas Gerais, has created an optimal setting for an outbreak, he said.

No vaccine shortage, but low uptake

Brazil is one of only a handful of countries in the world to manufacture its own yellow fever vaccine, and even donated doses to Angola and the Democratic Republic of the Congo when that region suffered an outbreak in the first half of 2016.

Akira Homma, MD, the chairman of policy and strategy council for Fiocruz said that there is no shortage of yellow fever vaccine supply, but many people in the Minas Garais district have skipped getting vaccinated in recent years, despite the health ministry's recommendations.

According to the story in today's Rio Times, government news sources report that 3.33 million doses of the vaccine have been distributed throughout Minas Gerais, and 1.55 million people have been vaccinated.