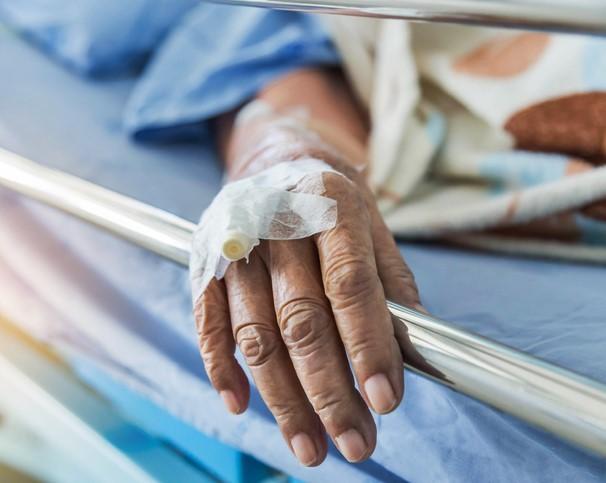 New research presented last weekend at the annual conference of the American Society of Microbiology indicates patients who carry the multidrug-resistant fungus Candida auris on their skin are shedding it into the hospital environment and contributing to transmission of the deadly organism.

The research, led by scientists from Centers for Disease Control and Prevention (CDC) and the City of Chicago Public Health Department, could provide a clue to one of the mysteries about C auris—how it's spreading so easily in hospitals.

"We know that Candida auris spreads, but we don't know mechanistically how," said lead study author Joe Sexton, PhD, of the CDC's Mycotic Diseases Branch, in an interview. "This is one piece of that puzzle."

First discovered in 2009 in Japan, C auris is a fungus that causes severe invasive infections in immunocompromised hospital patients and has shown resistance to all three classes of antifungal drugs used to treat Candida infections.

The CDC estimates that 30% to 60% of patients with C auris infections have died, but the agency notes that many of those patients have multiple underlying health conditions, making it difficult to determine how much the pathogen is contributing to those deaths.

Since being discovered, C auris has spread rapidly across the globe, with multiple cases reported in healthcare facilities in more than 30 countries, including the United States. According to the most recent case count from the CDC, there are currently 654 confirmed and 30 probable US cases, with an additional 1,207 colonized patients. These are patients who have C auris on their body but don't have an infection.

While the high mortality rate is drawing headlines, what's making C auris such a difficult foe for hospitals to contend with is its hardiness. The fungus can survive on dry surfaces for several weeks and is hard to kill once it gets on hospital surfaces.

"When these healthcare environments get contaminated, the ability of the organism to survive increases the potential for transmission," Sexton said.

Previous research in hospitals that have experienced C auris outbreaks has found extensive contamination on a variety of surfaces. What's unclear is how the contamination is occurring.

The ventilator-capable skilled nursing facility in Chicago where the study was conducted is among the hospitals that have had difficulty getting C auris under control. The hospital has been dealing with an outbreak since March 2017, when its first case was confirmed. Since then, despite implementing contact precautions, using bleach to disinfect surfaces, and decolonizing patients with the antiseptic chlorhexidine, the proportion of residents testing positive has climbed to 71%.

It was at this facility that Sexton and his colleagues set out to test a hypothesis about how the pathogen is spreading in hospitals. Knowing that C auris likes to colonize the skin, they theorized that patients colonized with C auris might be contaminating their surroundings by shedding skin cells that contain the fungus.

To test this theory, they collected skin swab samples from the armpit and groin of 28 patients, along with two environmental samples from hospital surfaces associated with each patient (including bed rails, door knobs, and window sills), and cultured live C auris from those samples. They then counted the amount of C auris they found in each sample using a method they derived to quantify the concentration of the fungus.

"We've known for a long time that Candida auris colonizes the skin, but we haven't known how much…we didn't have the methods to test it," Sexton said. "Once we had the tools to actually quantify it, then we were in a position to address that question more formally."

"Some patients had a high burden, some had a low burden, and there was everything in between," Sexton said. "And the amount of Candida auris on these patients' beds was proportional to how much was on their skin."

Although the researchers didn't directly measure skin shedding, Sexton said the connection between the amount of C auris on patients' skin and their beds is consistent with their hypothesis, and should be considered as hospitals try to devise strategies to control the spread of the organism.

"To control Candida auris, we have to have a better understanding of how it's spreading, and that's going be important for identifying viable intervention points," he said. "If we can know that certain sites are more contaminated than others, I think that will be helpful."