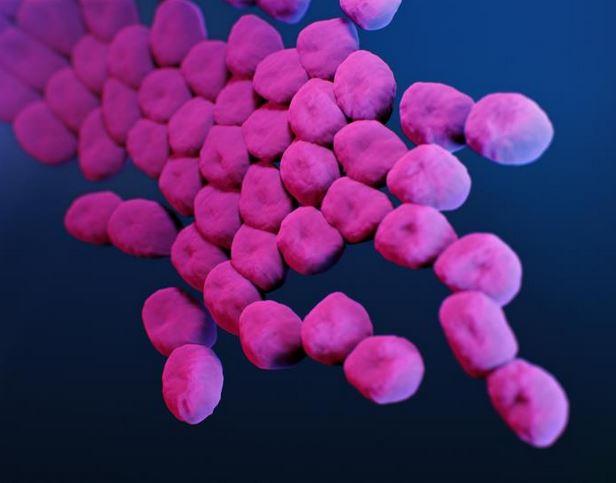 New data today from the Centers for Disease Control and Prevention (CDC) show that antibiotic-resistant bacteria and antimicrobial-resistant fungi cause more than 2.8 million infections and 35,000 deaths a year in the United States.

An additional 223,900 people suffer from Clostridoides difficile infections and at least 12,800 people die from that bacterium, according to the CDC's updated report on antibiotic resistance threats.

The new numbers, based on electronic health data from more than 700 US hospitals, indicate that the burden of drug-resistant infections is significantly greater than suggested in the CDC's 2013 report, which estimated 2 million infections and 23,000 deaths a year from antibiotic-resistant bacterial and fungal infections.

The CDC says that the numbers from that initial "snapshot" of the problem represented a conservative estimate, and many infectious experts have long believed that deaths and illness from antibiotic resistance are much higher.

"Today's report shows us that antibiotic resistance is a larger threat in the United States than previously estimated, and the report further underlines that this deadly threat is not going away," CDC Director Robert Redfield, MD, said in a press conference. "A death from antibiotic-resistant infections occurs about every 15 minutes, and a resistant infection occurs every 11 seconds. Antibiotic resistance threatens both our nation's health, and our global security."

But CDC officials now say that if the new data sources had been used in the 2013 report, those estimates would have been significantly higher (2.6 million infections, 44,000 deaths). As a result, they say the new data indicate that deaths from antibiotic-resistant infections have actually fallen by 18% since 2013, with a 28% reduction in hospital deaths.

Redfield said that the reductions suggest hospitals—where most drug-resistant infections occur—are getting better at preventing infections and using antibiotics appropriately. Yet the number of people affected by antibiotic resistance still remains too high, he warned, and new threats are emerging.

"Bacteria and fungi will continue to develop resistance to drugs designed to kill them, and without continued action, could undo the progress we're sharing this afternoon," Redfield said. "We must remain vigilant."

For the updated report, the CDC used electronic health data from 2017 and other new methods to estimate illness and deaths caused by 18 healthcare-associated and community-onset drug-resistant pathogens, which the report authors categorized into three threat levels: urgent, serious, and concerning. The report assessed the threats according to seven factors, including clinical impact, economic impact, incidence, availability of effective antibiotics, and transmissibility.

Compared with 2013, said Michael Craig, MPP, of the CDC's Antibiotic Resistance Coordination and Strategy Unit, the 2019 data provide a much more accurate and comprehensive picture of the problem.

"The richness of the data that we have is much more extensive than what we had," Craig said. "We have data from over 700 hundred hospitals, accounting for millions and millions of patient records, whereas last time it was significantly more limited."

"They've definitely beefed up the swath of infections they can cover with these additional data sources," said Jason Burnham, MD, an infectious disease specialist at Washington University School of Medicine in St. Louis who was not involved in the report. "For the infections that they include, this is likely to be very close to reality."

In a letter published in November 2018 in Infection Control and Hospital Epidemiology, Burnham and two other colleagues estimated that more than 160,000 people a year die from multidrug-resistant infections in the United States each year. But Burnham notes that his estimate used a broader definition of antibiotic resistance, and included patients for whom a drug-resistant infection was not considered the primary cause of death.

Among the most serious healthcare-associated, drug-resistant infections identified in the report is methicillin-resistant Staphylococcus aureus (MRSA), which has long been a problem in hospitals because it spreads easily between infected patients and healthcare workers. MRSA sickened 323,700 people in 2017, caused 10,600 deaths, and cost the healthcare system $1.7 billion.

Other deadly pathogens included extended-spectrum beta-lactamase (ESBL)-producing Enterobacteriaceae infections, of which there were 197,400 cases and 9,100 deaths. But the report found that almost half of the patients who had ESBL-producing Enterobacetriaceae infections—which carry enzymes that inactivate beta-lactam antibiotics—had no recent inpatient healthcare exposure, which means they acquired them in the community before being hospitalized.

"ESBL-producing Enterobacteriaceae, previously found more often in healthcare, is on the rise in communities," Craig said. "It is one of the leading causes of death from resistant germs, and is making common infections, like urinary tract infections, harder to treat."

The report notes that rising antibiotic-resistant community infections put more people at risk and make the spread of these bacteria more difficult to identify and contain. ESBL-producing Enterobacteriaceae are particularly worrisome because they can share drug-resistant genes with other bacteria.

Emily S. Spivak, MD, MHS, an associate professor and medical director of the antimicrobial stewardship program at the University of Utah School of Medicine and spokesperson for the Infectious Diseases Society of America, said that while the report suggests hospital antibiotic stewardship and infection control efforts are limiting hospital-associated infections, the rise in ESBL Enterobacteriaceae and other drug-resistant, community-onset infections—like gonorrhea and erythromycin-resistant group A Streptococcus—is concerning, and indicates that antibiotic stewardship is needed in non-hospital settings.

"This is probably just the tip of the iceberg," Spivak said. "Stewardship has always focused on the inpatient settings…but I think it's really time to expand our resources out of the traditional hospital settings in the United States."

Current estimates suggest that at least a third of the antibiotics prescribed in outpatient settings, such as primary care offices and urgent care centers, are unnecessary. But some studies suggest the actual rate of inappropriate prescribing in these settings is even higher.

"The outpatient stewardship world is a whole different ballgame, and there's a lot of work that needs to be done there," Burnham added.

On a positive note, illness and deaths from carbapenem-resistant Enterobacteriaceae (CRE)—dubbed "nightmare bacteria" because they cause severe invasive infections and are resistant to multiple classes of antibiotics—remained fairly stable. The report estimates 13,100 CRE cases and 1,100 deaths in 2017, compared with 11,800 cases and 1,000 deaths in 2012.

"This is a significant accomplishment, given just how quickly it spread in the early 2000s, and how deadly it can be," Craig said.

In addition, the report showed that infections caused by five of the pathogens previously listed as serious threats declined.

But as Redfield noted, new threats that are just as serious as CRE have emerged in recent years. The updated report adds Candida auris—a multidrug-resistant fungus that has spread quickly in

the United States since it was first discovered in 2016 and kills nearly one in three patients—and carbapenem-resistant Acinetobacter to the urgent threat list. The 2013 report listed only CRE, Neisseria gonorrhoeae, and C difficile (a pathogen that isn't typically resistant but is associated with antibiotic use) as urgent threats.

"With emerging threats like this, the modern medicine available to us today could very well be gone tomorrow, if we don't slow the development of antibiotic resistance," Redfield said.

"This highlights that there are always emerging resistant infections that are going to continue to crop up," Spivak said. "We really need to have robust surveillance capabilities so that we can detect these things quickly and get a hold on them."

The CDC also created a new "Watch" list for threats that are currently uncommon in the country but could emerge in the coming years. These include azole-resistant Aspergillus fumigatus (a fungus that causes life-threatening infections in immunocompromised people), drug-resistant Mycoplasma genitalium (a sexually transmitted infection), and drug-resistant Bordetella pertussis (a respiratory bacterium that causes pertussis [whooping cough] that can lead to deadly complications in babies).

Staying ahead of the problem

Redfield and Craig said the updated report shows that comprehensive infection prevention strategies and antibiotic stewardship programs in US hospitals are preventing infections, saving lives, and containing the spread of drug-resistant pathogens. They attributed this success to public health professionals who've committed to take action against antibiotic resistance, and noted that the CDC has played a leading role. The agency has invested more than $300 million in efforts to combat antibiotic-resistance since 2016.

To stay ahead of the problem, Redfield said the CDC will continue to invest in the Antibiotic Resistance Lab Network, a web of state and regional labs that can rapidly detect and identify emerging drug-resistant pathogens, and in researchers who are studying prevention strategies.

But he also noted that stronger lab capacity is needed throughout the county, along with "more boots on the ground." And he called for more efforts to improve antibiotic use in human and veterinary medicine, and for innovation in treatment options, diagnostics, and data.

"Despite significant progress, this threat remains our enemy," Redfield said.