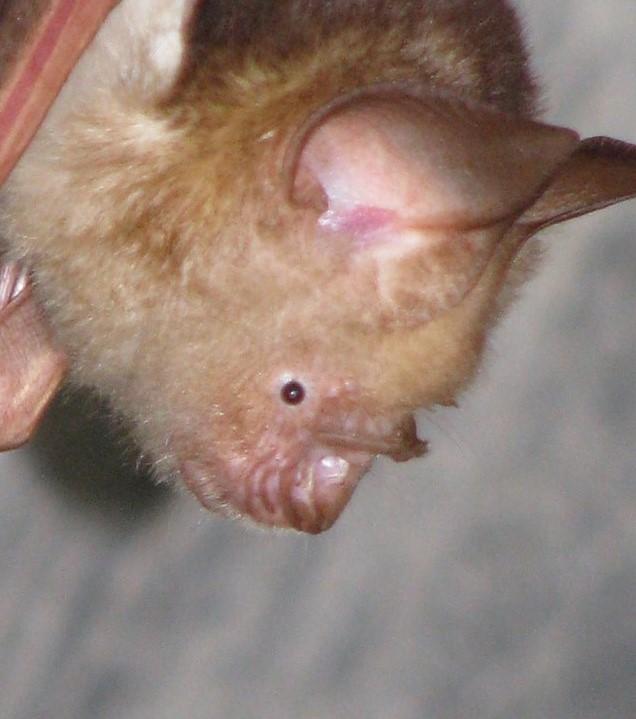 A novel coronavirus that killed nearly 25,000 piglets at four farms in Guangdong province in 2016 and 2017 came from horseshoe bats and bears other striking similarities to the emergence of SARS, researchers reported yesterday in a letter to Nature.

The outbreaks in piglets occurred only about 62 miles from where the SARS (severe acute respiratory syndrome) index case-patient lived. The SARS epidemic—also caused by a novel coronavirus (CoV) thought to have originated in the same bat species—began in southern China in 2002, sickening nearly 8,100 people, 774 of them fatally, in 37 countries.

The new findings are the result of an investigation into a fatal outbreak that got worse, even after porcine epidemic diarrhea virus (PEDV), involved in the initial phase of the event, was no longer turning up in samples from dead piglets. Researchers from China, EcoHealth Alliance, and Duke-NUS Medical School collaborated on the study, which was supported by the National Institute of Allergy and Infectious Diseases (NIAID), part of the National Institutes of Health.

So far, only six CoVs are known to infect humans, but only two have been linked to large fatal outbreaks: SARS and Middle East respiratory syndrome coronavirus (MERS-CoV).

Symptoms of the disease were similar to other known swine enteric CoV, but tests for other known viruses were negative, suggesting a novel disease. Similar outbreaks spread to three other pig farms not far from the index location, and by May 2017, the disease had killed 24,693 piglets on the four affected farms. Separating sick piglets and sows from herds helped curb the outbreak in May.

Using next-generation genetic sequencing on a sample from the small intestine of a sick piglet, the researchers identified sequences that matched bat CoV HKU2, which was first identified in Chinese horseshoe bats from Guangdong province and Hong Kong in 2007. They found the new virus, which they called swine acute diarrhea syndrome coronavirus (SADS-CoV), on all four of the farms.

Peter Daszak, PhD, study coauthor and EcoHealth Alliance president, said in a press release, from the group, "This is a really unexpected finding: a brand new virus from the same bats that harbor SARS-like viruses, but this time causing a major outbreak in pig farms."

Test targeting the nucleocapsid gene detected the virus in sick piglets and sows, but not in recovered or healthy pigs on the four farms or on nearby farms that didn't experience outbreaks. SADS-CoV replicated at higher levels in piglets than in sows and showed small intestine tissue tropism similar to other swine enteric coronaviruses.

Retrospective testing found that SADS-CoV had been on the first farm in early December 2016 and became the dominant outbreak strain by the middle of January 2017 when the events worsened.

No jump to exposed humans

To see if the virus had the capacity to jump to humans, the investigators conducted tests on the blood of 35 farm workers who had close contact with the sick pigs, and none were positive for SADS-CoV exposure.

A genetic comparison of SADS-CoV and HKU2 CoV found that overall the two viruses are 95% similar, but the S-gene sequences were only 86% similar, hinting that SADS-CoV didn't directly come from HKU2 CoV, but may share a common ancestor.

Phylogenetic and halotype analysis suggested that viruses on the four farms were introduced to pigs from bats multiple times or the virus was introduced once and underwent recombination.

The researchers said their findings serve as an important reminder that identifying new viruses in animals and quickly assessing their potential to infect people is one key to reducing global health threats. They also said that new technological tools, such as next-generation sequencing, can be performed rapidly before the virus is isolated.

Daszak said, "This work highlights the value of going to emerging disease hotspots and doing surveillance in wildlife for novel viruses so we can stop them when they emerge." He also added that the study is a major success story for the US Agency for International Development (USAID) Emerging Pandemic Threats PREDICT project.

"It's also the type of work that the Global Virome Project will tackle: finding these viruses before they cause damage," he said.